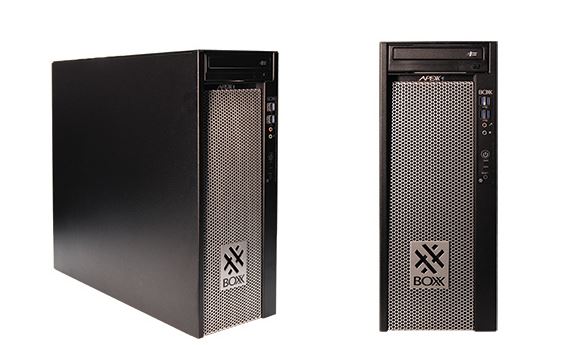 Review: Boxx has American-made machines that are well worth your money.

The past 12 to 24 months of computer development have inserted more uncertainty about which operating system and editing platform to choose than I can recall since around 2008 to 2010. At that time, Final Cut Pro was dominating the market, pulling more editors back to the Macintosh fold. Avid was just beginning to feel the pinch. Shortly after that, Avid had another headache to deal with from Adobe when the Creative Suite video products left the laughing stock. Through all of this, many editors came to be at home with Apple’s Mac OS since all of their preferred editing applications could run on a single platform. Fast forward to 2013 and then 2016, and we find Apple giving us a Mac Pro that wasn’t all that professional and a MacBook Pro that was cut from the same cloth. While the computers themselves were still quite capable, they couldn’t match the I/O and performance-demanding post production audience. Say what you want about Microsoft Windows; the PC was still able to dominate the Mac in raw performance.

Enter Boxx. The company builds custom Windows desktops in its home state of Texas that are specifically designed for creatives, engineers, designers and any other user that requires ultimate performance for their work. Boxx offered one of its higher end Apexx 4 systems to Post for a few months this fall. Given my current disillusionment with Apple’s continual neutering of its pro machines, I was more than ready to give a speedy Windows editing machine my time and attention to see if I have been missing something as a Mac user for the last 15 years.

The Apexx 4 arrived in a tidy, sturdy, large and heavy cardboard box one evening and required nothing more than a Display Port cable to get it running. The model I received has two Nvidia Quadro P5000 cards that each have a single DVI single-link port and four DP ports should you choose to run a mammoth display setup. Removing the thumb screws at the back allows you to remove the side panel, revealing the handsome guts of this computer. Additional housings are available at the top of the case for additional internal hard drives in case the built-in dual Samsung 512GB solid state drives aren’t enough for you. Cooling fans and heat sinks are appropriately oversized for a machine capable of such intense 3D processing, graphic rendering and video encoding and playback. An Intel Core i9 at 3.3GHz is supported by 64GB of RAM, with up to 3TB possible.

Even though I’m used to the speed of an SSD on my Mac, I was impressed with how fast the Apexx 4 booted into Windows. I dare say that I was able to go from powered off to running applications faster on the Apexx than I can on my 2013 MacBook Pro. While my Mac isn’t brand new, it still has the specs that can go up against current models. I decided to run some comparative performance tests on both the Mac and the Apexx despite the difference between the machines. There’s no such thing as a true apples-to-apples comparison in the world of computers, but I tried to get as close as possible to bring as much objectivity as possible.

If you’re in the market for a new post production PC or looking to switch from the Mac, Boxx has American-made machines that are well worth your money.