For years, the lack of available software for Mac operating systems has been a source of frustration for many loyal Mac users and creative designers. This has never been more true than it is right now.

Quietly, back in March, Autodesk announced that they would no longer support 3ds Max in the Mac OS environment. Functionality had already been limited in the app as it could only run on Apple systems via Windows using Boot Camp, which has no GPU support and severely degraded performance. But now, Autodesk has dropped support on the Mac altogether. Users of Inventor and Revit may see support for these apps via Boot Camp disappear in the near future as well. As of now, Autodesk only has a small number of applications with native Mac support, including AutoCAD, Fusion 360, Maya, Sketchbook Pro, and a handful of lesser-used apps and add-ons.

Other software vendors like Dassault Systèmes® – makers of SOLIDWORKS, CATiA, and more – have never had Mac support. From the SOLIDWORKS.com blog:

“We’re all aware of how Steve Jobs was able to turn Apple around in the early 2000s, but the vast majority of product engineering teams continue to standardize on the Windows platform. While we do get occasional requests for a native Mac OS version of SolidWorks, the majority of our customers have asked that we continue to focus our development resources on improving the existing Windows version, rather than split development efforts between two separate versions.”

It was clear that the Mac environment wasn’t focused on engineers, architects, and product designers, as Autodesk and Dassault Systèmes share a huge majority of users among these industries. Apple’s attention was devoted to media & entertainment pros. However, over the past few years, animators, VFX artists, video editors, and graphic designers are feeling left behind too--primarily due to hardware limitations and Apple’s shift toward consumer products. Their flagship desktop, the Mac Pro, hasn’t offered any hardware update since December, 2013. This has left many Apple users gasping for air as they wait for a new Mac Pro platform still rumored to be (according to many industry insiders) anywhere from 12-24 months away. 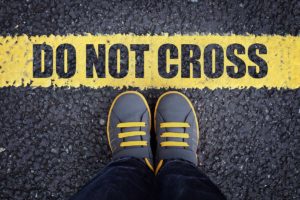 When running professional apps in the Mac environment, the most apparent limitation surrounds GPU rendering, a critical process more and more common among creative software titles. The Mac Pro handles a maximum of only two GPUs, which severely limits the performance of GPU rendering. Additionally, your second GPU is only used if your software supports the OpenCL framework (not to be confused with OpenGL). This is further complicated by a lack of expandability on current Mac models to include new architectures (like NVIDIA’s Pascal framework) or full-width video cards.

The other key limitation involves processor options. While current Mac Pros have a top speed of 3.5 GHz (six-core processor) and a maximum of eight cores (3.0 GHz processor), many computer manufacturers are offering much more. For example, the new Intel Core i9 X-series processors feature Turbo Boost Max Technology 3.0 which enables maximum core frequency (up to 4.5GHz) on the CPU’s fastest cores, speeding up lightly threaded workloads by 15%. Or, what if you need a dual Intel® Xeon® setup with 36 total cores or maybe even 44 total cores? The Mac Pro doesn’t have the versatility to make it happen.

Safe, Stable Overclocking and Liquid Cooling Make All the Difference

BOXX overclocked workstations have a top clock speed of 4.9 GHz, providing major increases in visual computations and a seamless design experience in single-threaded 3D design apps like AutoCAD, Revit, and 3ds Max, even over those current, “high-end” consumer systems running the latest Intel Core i7. Plus, many BOXX systems support multi-core Intel Xeon processors (with up to 22 cores each) for advanced CPU rendering in multi-threaded applications like KeyShot or Recap.

Additionally, using Intel Extreme 3.0 technology, BOXX features systems like the APEXX 4 7404 that bridge the gap between single-threaded and multi-threaded applications. By liquid cooling a ten-core, OVERCLOCKED Intel Core i7 processor and adding up to four, full-size GPUs, the APEXX 4 7404 delivers the speed of an overclocked processor for 3D design and modeling, plus multiple additional cores and GPUs for powering through rendering and simulation tasks.

Many Mac users have been using the BOXX renderPRO 2 or another render node to get around this situation for a number of years, dedicating their Mac to 3D design and modeling while using the Windows-based, multi-core renderPRO 2 as a deskside render farm. But now, the APEXX 4 6201 is the only system that can replace BOTH in your workflow and run ALL your professional applications from Autodesk, Dassault Systèmes, and more.

Now is the time to flip the switch.