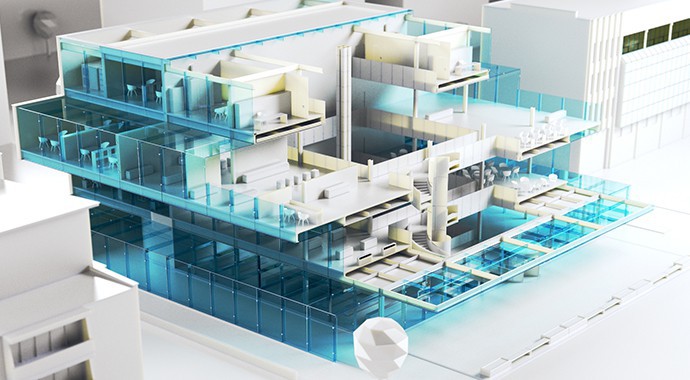 SketchUp bills itself as the 3D modeling software that allows you to “get good fast,” but even when you have some experience with the tool, it’s still possible to get bogged down by time-consuming processes and modeling problems. Fortunately, there are hundreds of SketchUp extensions designed to help you streamline your workflow and create better 3D models.

V-Ray 3 for SketchUp is the most popular tool in the SketchUp Extension Warehouse, and it’s not hard to see why. Released in March 2017, this professional rendering tool lets architects and designers create photorealistic models and detailed 3D scenes quickly and easily. Below, we take a look at some of the best features of the fully redesigned V-Ray 3.

Highlights of V-Ray 3 for SketchUp 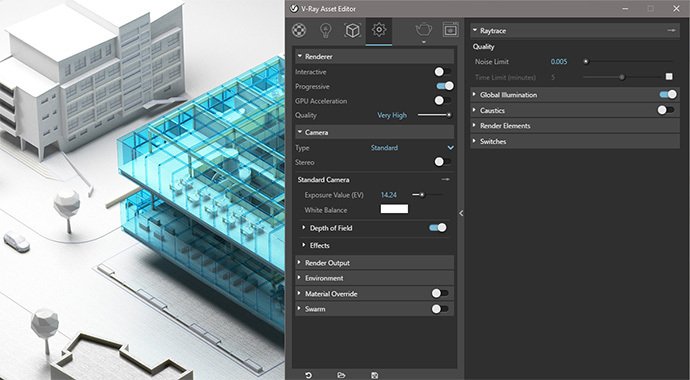 The simplified user interface of V-Ray 3 for SketchUp is designed to let new users jump right in without extensive training. Materials, Light, and Settings controls live in quick access tabs that make up the user’s dashboard. Additionally, the tool features intuitive rendering controls. Users can adjust their compute power for distribution rendering by moving a slider across a bar. The new Batch Render function allows users to queue up and render multiple static images with a single click. 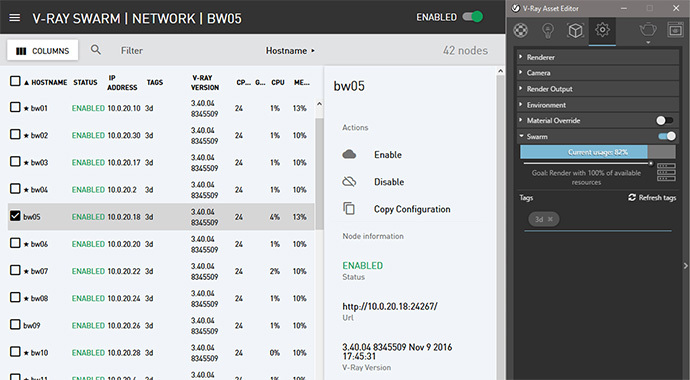 ​The V-Ray Swarm feature takes distributed rendering to the next level. With Swarm, architects and designers can harness the CPU or GPU power of all the computers in their local area network to render their projects faster. Swarm machines can find one another over the network, which saves users from having to enter each computer's address manually. By breaking up rendering into multiple small “tasks” that are distributed to CPU or GPU cores, Swarm can significantly speed up progressive and final frame rendering.

V-Ray 3 for SketchUp offers built-in light types that allow users to realistically simulate both natural and artificial light sources. A physical sun and sky system helps users create a 3D scene that accurately shows what their building will look like in the real world. Additionally, architects can use the Lens Effect tool to layer bloom and glare lens effects over their design.

The Materials Library contains over 200 drag-and-drop elements, including many varieties of wood, stone, and metal. Architects can also add realistic grass, fabrics, and carpet to their models. 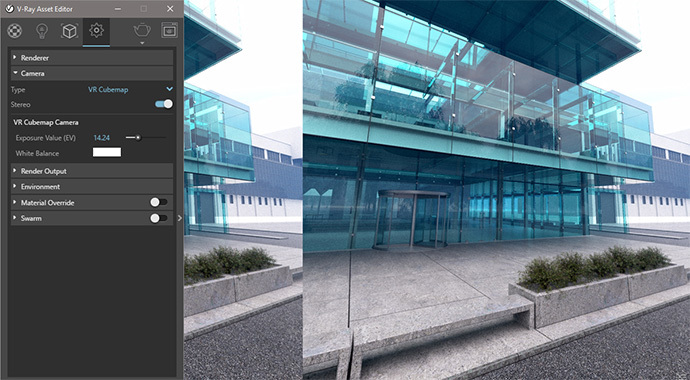 Architecture firms are increasingly using virtual reality technology to test environments and share 3D realizations with clients and collaborators. Chaos Group, the creator of V-Ray, has stayed abreast of this trend by making V-Ray 3 for SketchUp VR-compatible. Users can render content for all the major VR headsets, including Oculus Rift, HTC Vive, Google Cardboard, and Samsung Gear VR.

BOXX Workstations Help You Get More Out of V-Ray 3

V-Ray 3 has made a lot of improvements when it comes to rendering speed, but BOXX can further streamline your workflow with our rendering solutions, such as an APEXX workstation configured to your rendering needs or an off-loaded rendering solution like the renderPRO 2 or a renderBOXX. If you’re running V-Ray 3 or other demanding applications in SketchUp, contact us, and we’ll recommend the right solution for your needs.