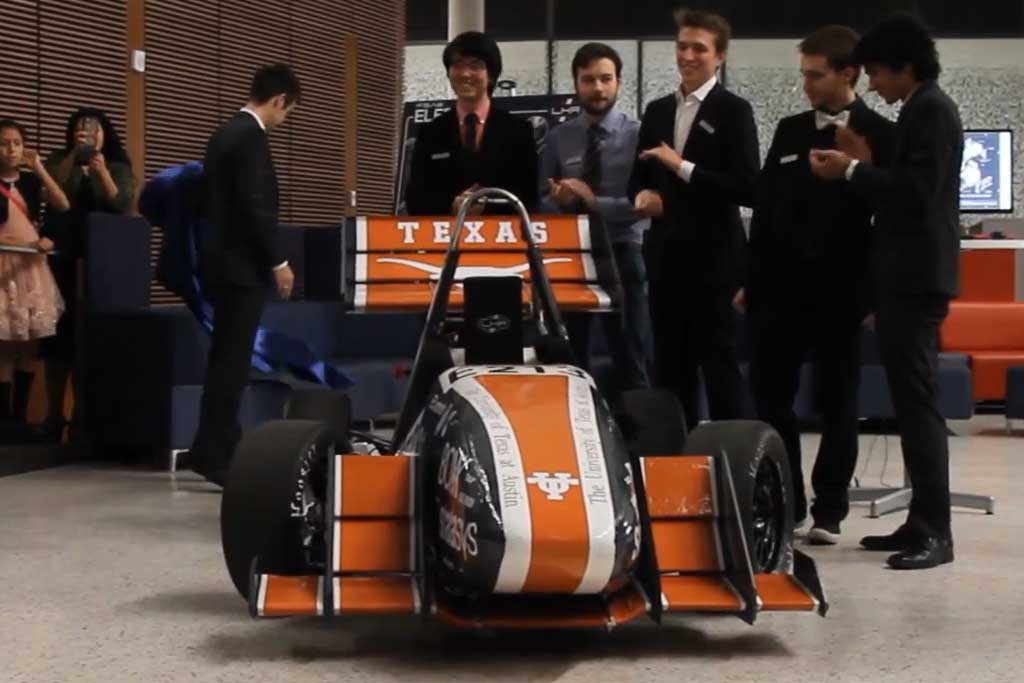 In addition to being the state capital, our hometown of Austin, Texas, is also home to a number of outstanding colleges and universities. In the spring of 2019, students from the largest of these institutions approached BOXX about a sponsorship. They were from the University of Texas Cockrell School of Engineering (among the top ten engineering programs in the country) and were in dire need of horsepower.

These bright young men and women are proud members of Longhorn Racing (LHR), a student organization that competes annually at the Formula SAE competition in Lincoln, Nebraska. The SAE International Formula SAE program provides undergrads and grad students “the opportunity to enhance their engineering design and project management skills by applying learned classroom theories in a challenging competition.” The goal is to build a single-seat racecar with the best overall package of design, construction, performance, and cost. The LHR team consists of three divisions building three unique Grand Prix autos: an FSAE Electric car, a Formula Sun solar-powered vehicle, and my favorite, the Formula SAE Internal Combustion car (It’s the rumble of that motor).

So where does BOXX come in? On the design side, of course, because before you can build it, you have to engineer it. And if you know anything about BOXX, you know we build the fastest manufacturing and product design workstations in the world. And honestly, once we heard they were attempting to run insanely complex SOLIDWORKS and ANSYS assemblies (including rendering and simulation) on university PCs and their own personal laptops, how could we refuse?

We hooked them up with a pair of APEXX S3 workstations, the ultimate SOLIDWORKS and ANSYS system, featuring an Intel® Core™ i7 professionally overclocked to 5.1GHz. We also added an APEXX 4 featuring an Intel® Core™ i9-7940X. The night of the official car unveiling, I sat down with team members Kevin Mechler, Grace Elphingstone, and Benji Eaton to learn how BOXX impacts the design and development of Longhorn Racing cars—and to see those awesome vehicles, of course. On a side note, although the racecars enjoyed a steady stream of attention throughout the night, so did other fastest machine in the room.