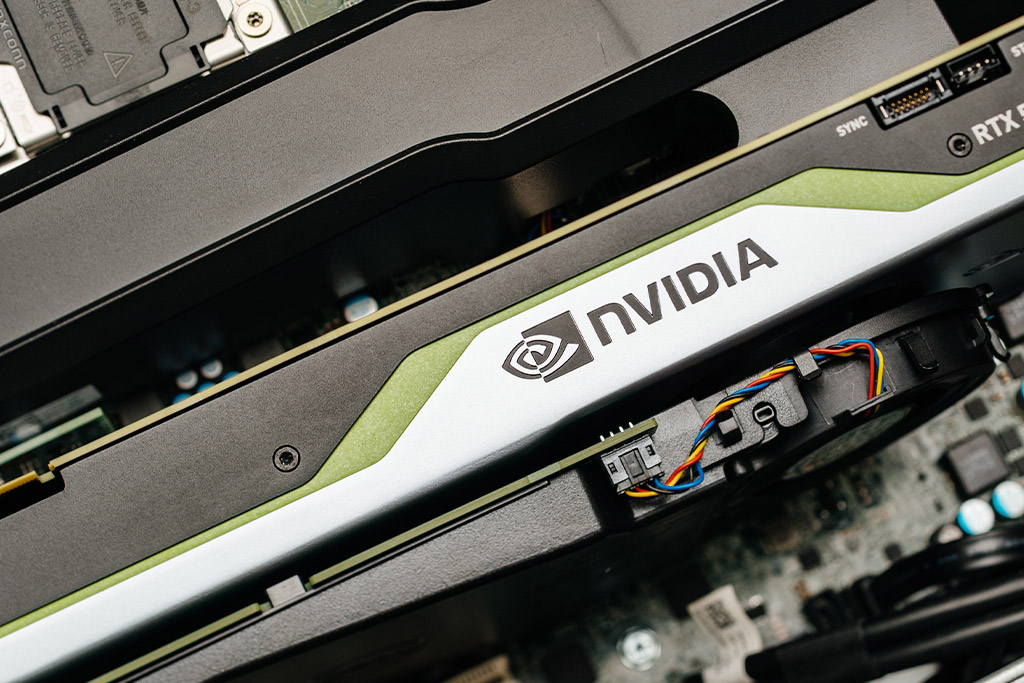 GPUs and You: Maximizing Performance for Your Workflow

No matter how fast computers become, there are always people out there trying to make them faster. It’s an inherently human trait to figure out how to get more out of less. Efficiency is the name of the game, and when we hit a road block, we simply turn around and find another route. For instance, as CPU advancements slowed down over the past several years, the tech world collectively decided to improve performance elsewhere—the GPU.

As GPU performance increased, software companies took notice, and adapted accordingly. Today, there are more than 600 professional applications that have been—and continue to be—optimized for GPUs. Even SOLIDWORKS, which has long been CPU-bound, is now taking advantage of the compute power of modern GPUs.1 For example, with a single NVIDIA® Quadro RTX™, you can now get better order-independent transparency, which results in cleaner, less muddled visuals, particularly when working with complex, multi-layered 3D models.

However, this doesn’t mean you should simply throw as many GPUs into your workstation as possible. This is because the performance benefits of additional GPUs depend on your software and workload. For instance, the new SOLIDWORKS engine only provides GPU-accelerated benefits with a single video card, while Autodesk 3ds Max provides additional benefits with multiple GPUs (i.e., faster interactive graphics and AI denoising). 2

Let’s say the software you use scales with multiple video cards, and you want to find a workstation that can handle several GPUs at peak efficiency. Where do you start? The first thing to know is how many PCIe lanes you need. A good rule of thumb is that you want 16 PCIe lanes per GPU, which allows for maximum data throughput. Table 1 shows how many concurrent GPUs each APEXX model supports at x16, while Table 2 shows available lanes for each GPU when fully loaded with cards. 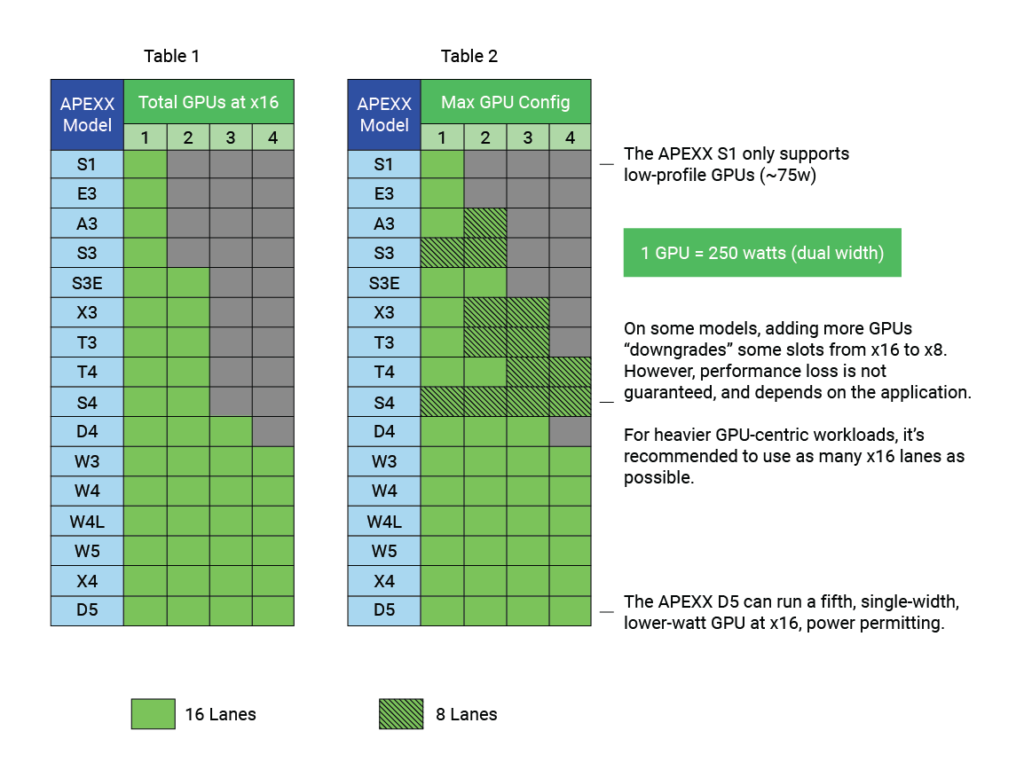 As is to be expected, most PCIe devices (e.g., M.2 SSDs, Thunderbolt cards) utilize PCIe lanes as well, so take that into consideration when customizing your system.3 Also, the total lanes available varies by CPU. BOXX offers several different CPUs for most models, therefore the total lanes at your disposal often depends on which CPU you choose. In the interest of completeness, the table above assumes the maximum number of lanes possible for each model.

Let’s say you want something designed for both lightly-threaded and multi-threaded tasks, with a good helping of GPU acceleration to boot, so you’re considering the APEXX X3. It offers up to 44 PCIe lanes, which allows for two GPUs at x16, plus up to three M.2 SSDs (which use four lanes each), with every component running at peak efficiency.

Each BOXX model is designed to excel when using a specific number of GPUs, running specific software, to maximize productivity for specific workloads. For example, our flagship model, the APEXX S3, is designed to run best in lightly-threaded applications like SOLIDWORKS with a professionally overclocked processor and a single Quadro RTX GPU, whereas the APEXX W3 is designed to run multi-threaded workloads that are much more GPU-dependent, such as training deep learning models, and fully utilizes up to four GPUs.

If you’re in the market for a new workstation and want to make sure you get the most out of every dollar, you may still have some questions. For instance, if you have workloads that require more than four GPUs, check out our RAXX models, which offer up to eight GPUs in a single rackmounted chassis. Visit our website or consult with a BOXX performance specialist to learn which BOXX model and configuration is best for your workflow.

1 Read the BOXX white paper on testing the new SOLIDWORKS engine here.
2 For a comprehensive list of professional applications and GPU scaling, click here.
3 NVIDIA’s Quadro Sync II cards, for example, do not.