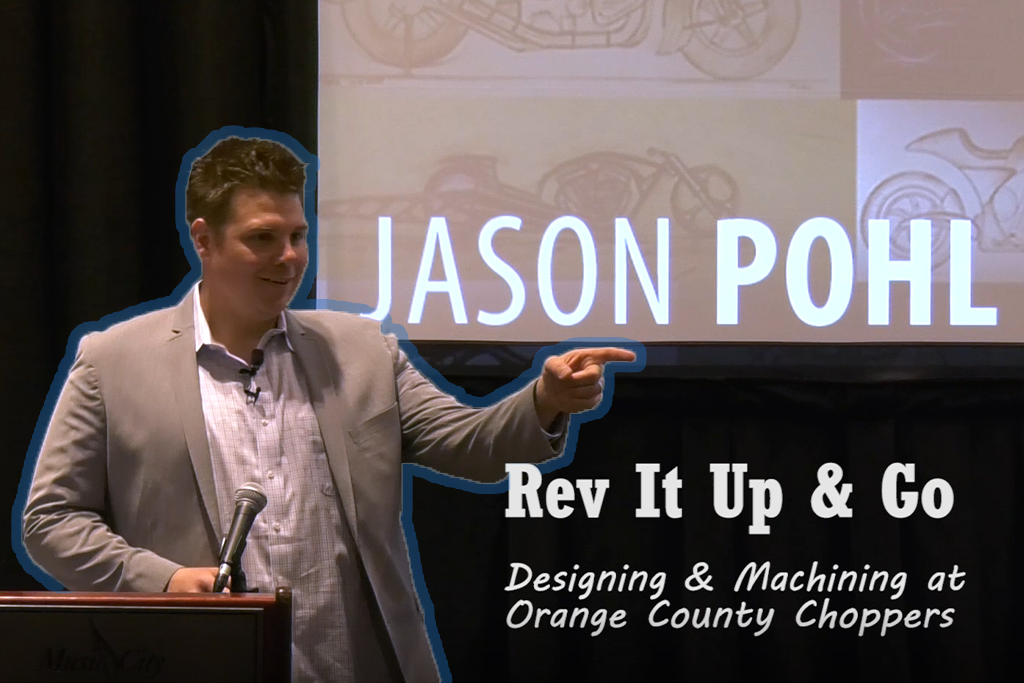 Rev it Up & Go with Jason Pohl and Orange County Choppers

On the long running television series American Chopper (currently airing on the Discovery Channel), millions of viewers worldwide have witnessed the triumphs, tribulations, and antics of Paul Teutul, Sr., his sons Paul Jr. and Mikey, and the incredibly talented team at Orange County Choppers  (OCC).

A premier manufacturer of custom motorcycles located in Newburgh, New York, OCC’s customers often range from celebrities like Shaquille O’ Neal, Bill Murray, and President Trump, to major corporations, sports franchises, and the armed services.  Since 2004, a key member of the OCC team is gifted lead designer Jason Pohl, who has lent his artistry (accompanied by a good dose of humor) to some of the world’s most iconic motorcycle builds.

At 3DEXPERIENCE World 2020 in Nashville, Tennessee, BOXX hosted Jason’s standing room only breakout session, Rev It Up & Go, where he discussed his SOLIDWORKS process, design philosophy, workflow challenges, industrial machining, and why BOXX systems have been his go to CAD hardware since the beginning. In addition, the industrial designer showcased his work outside of OCC (Jason Pohl, LLC), which you may be surprised to learn, doesn’t involve motorcycles. Jason also shared some terrific videos (including his design reel) offered personal insights, and dished on some of the more interesting experiences, builds, and celebrities with whom he’s had the good fortune to work.

So, if you didn’t make it to 3DXW2020, have no fear. BOXX has the event’s best and most lively breakout session right here—and you don’t have to be an engineer, product designer, SOLIDWORKS user, or even a motorcycle enthusiast, to enjoy Rev it Up & Go: Designing & Machining at Orange County Choppers.