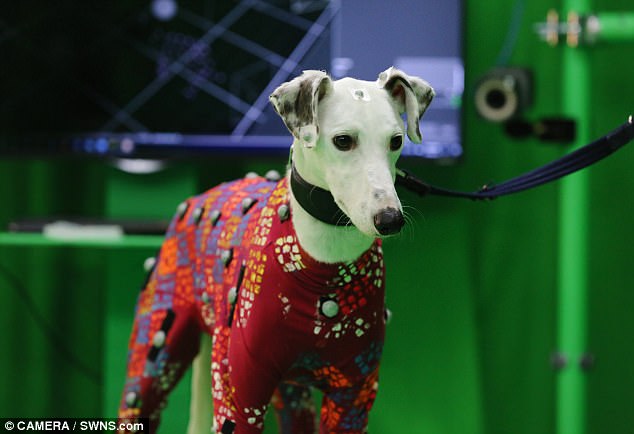 How do studios accurately capture animal movement? Animators and moviemakers may have a new avenue with fresh motion capture research from the University of Bath’s Centre for Analysis of Motion, Entertainment Research & Applications (CAMERA), which has been collecting motion data from different dog breeds. This could be the next step towards improved and more precise visual effects for animals in movies, video games, and other media.

The entertainment industry has been trying to correctly animate and capture animal movements for close to a century. Walt Disney’s breakthroughs in short and feature-length films like Steamboat Willie, Snow White, and the Seven Dwarfs, and Dumbo paved the way for semi-realistic portrayals of animals. State-of-the-art animation techniques helped to anthropomorphize animals in film.

In early Disney films, producer used a method called rotoscoping to shoot actors playing out parts and then tracing over that motion during animation. Rotoscoping is the forerunner to motion capture and is still in use today. So how did we get to where we are today with motion capture?

The History of Motion Capture

The first fully digital protagonist in a motion picture was Jar Jar Binks from Star Wars Episode I: The Phantom Menace. Motion capture was also used in The Mummy and The Gladiator for specific scenes, but the technology was cost-prohibitive at the beginning. It quickly became indispensable for certain films, but animation studios were divided on the value of its benefits. 2006 Oscar winner Happy Feet used the technology extensively, while 2007’s Ratatouille proudly claimed it was “100% Pure Animation—No Motion Capture.”

Regardless of differences in opinion, the technology and research behind motion capture developed further. Modern motion capture was used for roles like Caesar (an ape) in Dawn of the Planet of the Apes and for Smaug (a dragon) in The Hobbit: The Desolation of Smaug. These animal or animal-like roles have used motion capture primarily provided by humans. The next frontier is motion capture that accurately captures how animals move. Instead of using rotoscoping, observing animals, or anthropomorphizing them, we can display how they move in reality with the help of the research in progress at the University of Bath.

Motion Capture Research from the University of Bath

Animated animals have been present in film for close to a century, but it’s been up to the animators’ senses of motion and the application of rotoscoping to determine movement. The advent of a new technique from CAMERA uses motion capture from different breeds of dog to create realistic movements. They used animals from the Bath Cats and Dogs Home to create a library of real animal data. The goal is to be able translate human motion capture through this library to create more accurate dog movement.

The dogs wear coats with reflective markers, and their movement is recorded by specialized camera to record 3D position. Animation studios can use this new technology for accurate animal animation. Using the latest animation workstations from BOXX, movie and gaming studios can utilize this new programming to create more realistic animation than ever before. Aggregate motion data can create surprisingly accurate guesses of how animals move, which gives 3D motion software a solid idea of the limits and ranges of animal movement.

Humans can then imitate animal movements using existing motion capture technology and feed that information back to the motion graphics software. The software approximates the human movements with its library of animal movements, then builds an animation based on a premade 3D model.

This research project can potentially change the way motion capture works for animal roles in film, gaming, and other visual industries by continually evolving a computational understanding of animal movement and taking full control of that movement using human actors. It’s the evolution of animal motion capture.