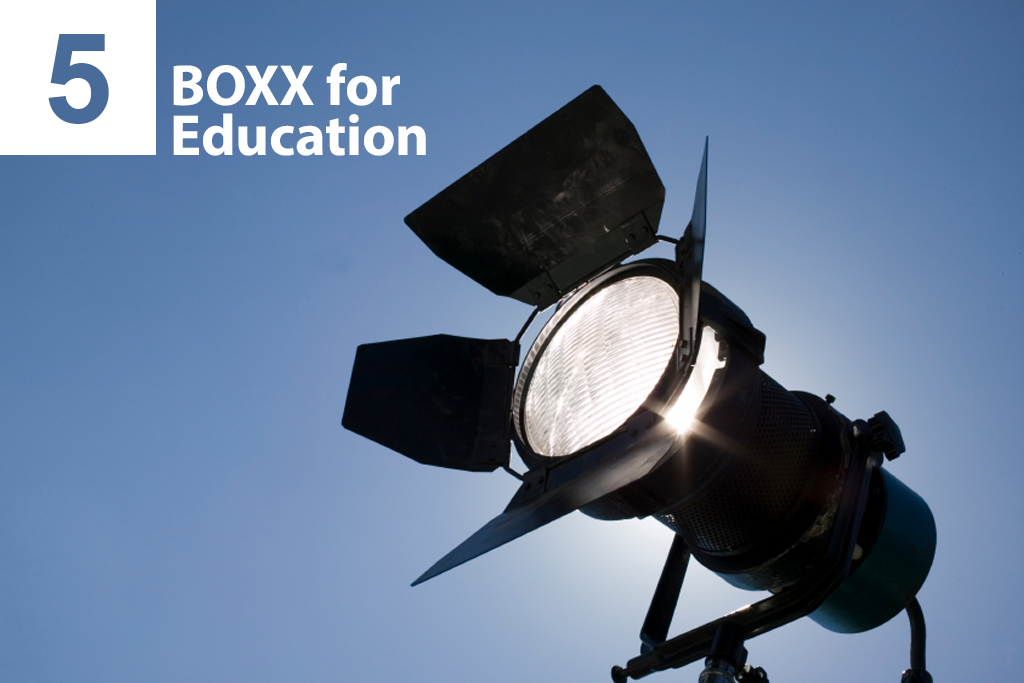 The AMD Ryzen™ Threadripper™ PRO processor is a multi-core powerhouse. It features up to 64 processor cores that provide 128 threads of processing power, giving life to BOXX APEXX T-Class workstations. Along with the insanely fast Threadripper PRO processors, T-Class systems also include multiple GPUs (NVIDIA RTX™ or AMD Radeon Pro) and a large drive capacity perfect for not only professionals, but students looking to upgrade and gain a competitive edge in the film industry.

The Threadripper PRO is multi-threaded and the first 64-core CPU. It transcends its competition’s highest core count and efficiently accelerates video editing, as well as render and export times. The processor enables BOXX APEXX  T3 and T4 workstations to excel for Avid and Adobe Premiere Pro (two film editing solutions used by many university film programs) as well as DaVinci Resolve. Let’s take a look Threadripper, APEXX T-class, and these applications.

The current Avid-qualified BOXX APEXX T4 is the second APEXX T-Class workstation to receive Avid qualification. The first included the first Avid-qualified AMD CPU, the first single CPU with 64-cores, and the first CPU capable of editing 8K RAW. Now, the performance found in APEXX T4 will allow you even more time to create and iterate.

You should configure your Avid workstation based on the resolution and rendering requirements of your projects. Working with 2k footage is much less demanding than higher res projects. A single socket Avid workstation with one or two GPUs is perfect for this workflow. For 4K editing or color grading sessions, you need two or more GPUs. Decompression and compression processes demand CPU power, so heavily compressed codecs require a multi-core workstation. If you’re working on projects that require interaction with 8k resolution and beyond, then you need advanced configs—from multiple GPUs and CPU cores, to more slots for high speed storage.

DaVinci Resolve features both visual and audio effects in the same application and allows you to move between tasks with ease. Further, it allows users to simultaneously collaborate with designers, colorists, and VFX artists to expedite the process of collaborative post production. The multiple cores and 4.5GHz frequency of the BOXX T-Class systems rip right through these tasks, enabling you to move forward quicker than you ever anticipated.

For all post applications, the AMD Ryzen Threadripper PRO supports PCIe 4.0 which steadily increases performance levels and power by helping the data move faster, up to four NVIDIA RTX™ GPUs, and Samsung SSDs. The PCIe 4.0 alongside 2TB of memory allows 8K files to playback at real-time rates.

Ultimately, owning a professional workstation is like having a good camera. It’s not cheap, but you need access to both in order to succeed as a professional filmmaker. Maybe it’s time to consider upgrading an outdated or under powered system for a BOXX APEXX T-Class workstation equipped with Threadripper™ PRO processors to accelerate your workflow—and kick start your post college career.