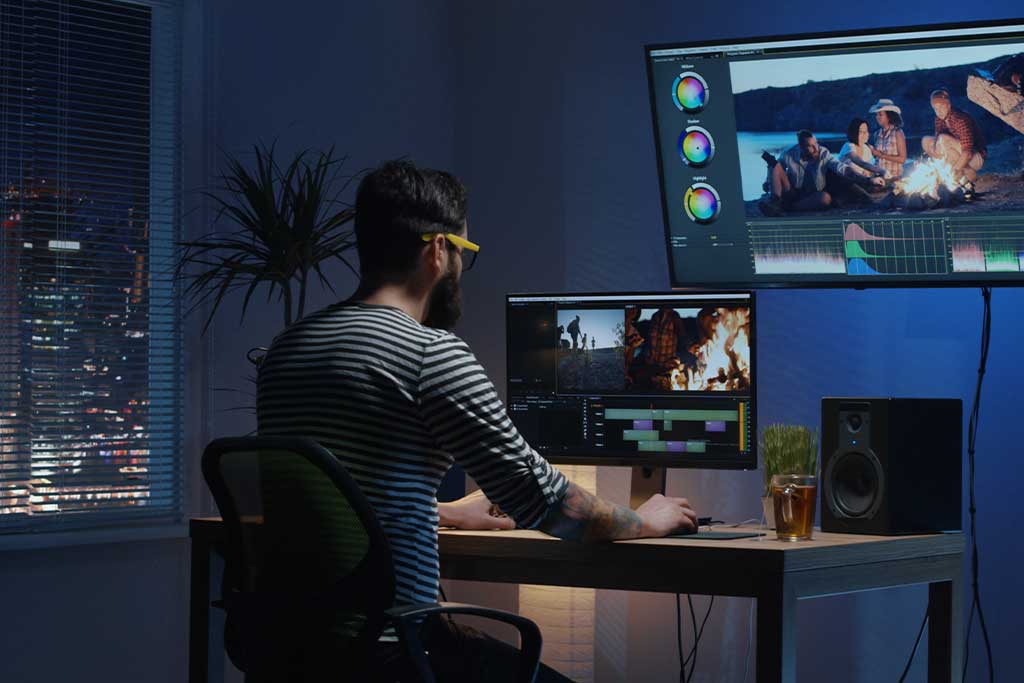 Editing is an often-overlooked part of filmmaking. Like audio, audiences really only take note if it’s bad. Film or video productions are typically a group effort, but often times, it’s a creative editor who makes sense of it all—spending days, weeks, or months organizing raw footage into bins, culling takes, taking director notes, cutting within scenes line by line (or even frame by frame), in order to achieve a well-paced, coherent, locked picture.  On smaller or indie productions, the editor is often times the director pulling double duty (or triple, if he or she produced it as well).

If you’re spending that much time on a computer and you have tight deadlines to keep, you need something that supports every aspect of your workflow, from ingest all the way to export. To do that, you need to know that your machine is properly optimized.

Let’s say your current workstation has a processor with six cores. That may be enough for handling your usual background processes and scrubbing through a simple timeline, but what if you need to transcode some footage at the same time? Or want to start editing footage at a higher resolution? If you had a few more cores, you not only boost the performance of your current workflow, but you gain the ability to adapt it to newer, more complex scenarios, which makes you more valuable as an editor.

These days, a handful of cores simply isn’t enough for complex workflows. For the most fluid performance, you need to enter double-digit territory. In most editing software, encoding and decoding is mostly handled by the CPU, and the more cores you have at your disposal, the smoother playback will be, especially if you work with high-resolution footage. If you’ve only worked in 1080p and are thinking of making the jump to 4K, remember this: 4K is four times the pixels, which means you need four times the processing power to get the same level of performance.

While having lots of cores is important for smooth multi-tasking, the main determining factor that increases throughput for many functions is individual core frequency. Even though many companies offer editing workstations with Xeon processors with lots of cores, they don’t often couple that with high frequencies. To get the best of both worlds, you need an Intel® Core™ X-series processor.

As for RAM, a good rule of thumb is to add about 3GB per CPU core. If you chose a 10-core processor, then at minimum you’d want around 32GB of RAM. Anywhere from 32GB to 128GB is recommended, depending on the resolutions you work with and the complexity of your timelines. Also, remember that the more memory you have, the larger your media cache will be, which allows more streams to be played in real time without having to fetch the data from storage and render first.

In order to fully optimize your workflow, you’ll want to use an NVIDIA® Quadro RTX™ GPU, especially if you want to work natively in real-time with 8K RAW files. Or, if you haven’t upgraded in a while and would like to future proof your setup, you really can’t go wrong with the best GPUs on the market.

One final thing that shouldn’t be overlooked is your project drive. If you’re using an HDD instead of an SSD for current projects, some tasks will feel much slower than they need to. For instance, booting your OS, loading apps, exporting, and consolidating projects are all slowed down by old-school mechanical (i.e., HDD) drives. Basically, any time you need to access the drive, it’s going to take longer with an HDD. They simply can’t compete with the read and write speeds of top-tier SSDs, specifically M.2 NVMe SSDs. That said, for long-term storage and backups, an HDD is still a great solution, as they offer much higher capacities per drive.

Could you possibly combine all this into a single machine? Well, you can with a BOXX. That’s why we designed the APEXX X3, which offers up to 18 cores with frequencies up to 4.5GHz1, 128GB of RAM, two dual-slot GPUs, and room for two HDDs and three M.2 NVMe SSDs. Consult with a BOXX performance specialist today to figure out how we can help you optimize your workflow.