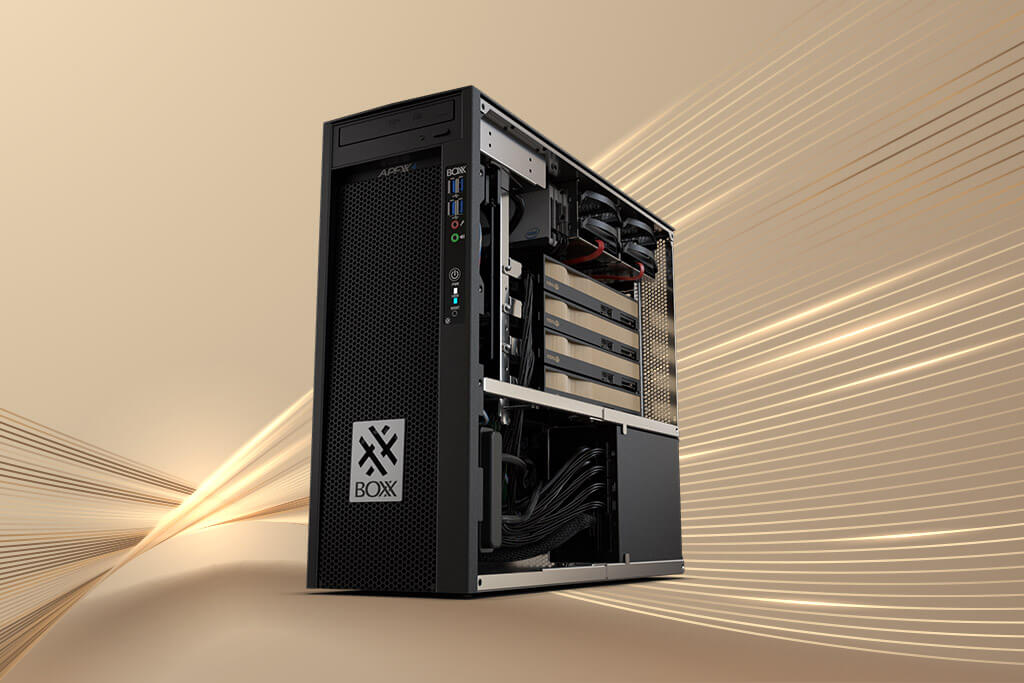 The Case for Multiple GPUs

Software providers incorporating more GPU acceleration into their applications is nothing new. In fact, offloading rendering tasks to the GPU(s) has been going on for the past several years. The biggest change in recent years has been accelerated performance due to the rise of NVIDIA Ampere technology and RT cores.  As GPU performance has improved, software manufacturers have optimized their products to take advantage of GPU compute power. For example, a single NVIDIA RTX GPU provides better order-independent transparency, resulting in sharper visuals—especially when working with complex, multi-layered 3D models.

So, does this mean you should add as many graphics cards as possible when you configure your next workstation? Not necessarily, but it’s still quite possible that it’s time to increase your GPU compute capability.  How do you know? Start with a look at your applications and workflow.

Engineers and product designers may get the most out of SOLIDWORKS (or other CAD applications) using a single GPU, while creators using 3ds Max and Maya will experience faster interactive graphics and AI denoising with multiple GPUs. With Maya, for example, a GPU-accelerated feature like Proximity Wrap Deformer provides smoother results due to a significant performance boost and improved memory use. Smooth Mesh Preview support requires less memory and when necessary, runs previews on the GPU. This is particularly helpful when working with complex scenes where memory limits are quickly reached. And if you rely on Maya or 3ds Max (or Cinema 4D, Houdini, or Katana, for example) and also render with Arnold, using multiple NVIDIA RTX GPUs will deliver outstanding interactivity and speed. You can also seamlessly switch between GPU and CPU rendering.

BOXX APEXX workstations excel when using one or multiple GPUs and are purpose-built to run specific software while maximizing productivity. APEXX S3, our flagship model, is designed primarily for lightly-threaded applications like SOLIDWORKS or Revit with a CPU performance-tuned to 5.2GHz and a single GPU, while the APEXX Matterhorn is designed for rendering, simulation, and other GPU-centric workflows. Matterhorn features up to 56 PCIe lanes (three GPUs at x16, plus a fourth at x8).  If that’s not enough, check out BOXX RAXX data center platforms, which offer up to eight GPUs in a single rackmounted chassis.

If you’re in the market for a new multi-GPU system and have questions. visit our website or consult with a BOXX performance specialist to learn which model and configuration is best for your workflow.