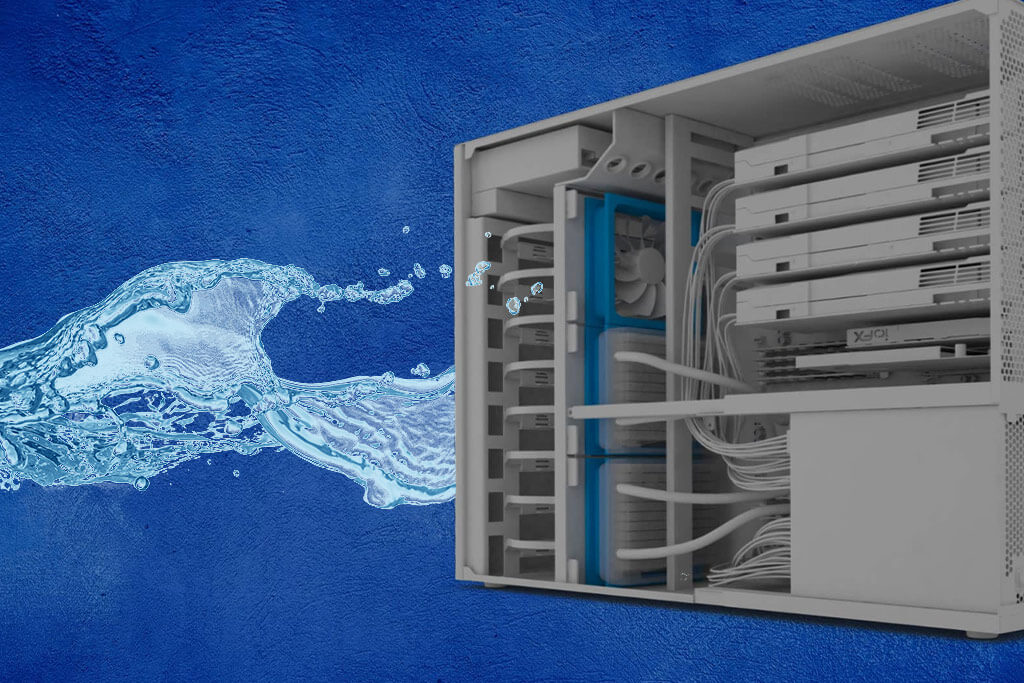 Why Liquid Cooling is So Cool

In the tech world, the general consensus used to be that if you weren’t planning to overclock your processor, there was no need to use liquid cooling. These days, particularly in recognition of AMD’s new Ryzen 3000 series, the benefits of liquid cooling the CPU have become much broader, and apply to anyone looking for the simplest way to get the most out of their system.

This is due in part to AMD’s new frequency boosting algorithms. Without getting too into the weeds, the days of manually overclocking AMD CPUs are mostly over. Reason being, these new algorithms do most of the tedious work for you, and push each CPU to the physical limits of the hardware, which are all kept in check with pre-defined limits. Those limits can be broadened or tweaked, so there’s still some fun to be had, but for the most part, overclocking on AMD is now baked in.

In fact, AMD created such finely-tuned algorithms that overclockers were suddenly not finding as much performance left on the table as anticipated. It’s been interesting to watch AMD communicate back and forth with the enthusiast community on this point, as most people have spent the last decade getting reasonably high performance gains by manually overclocking their CPUs. Even though they defied expectations, they eventually managed to give most customers what they wanted—just not in the way they were expecting.

Having said that, if you’re using a stock air cooler on a Ryzen 3000 CPU, you may not be getting all the performance you paid for, as the processor will likely hit its pre-defined thermal limit sooner, and therefore will not boost to what it’s fully capable of out of the box. That’s where liquid cooling comes in. Simply by using a more robust cooling solution that keeps the heat down, you stay under that thermal limit longer, and therefore have the chance to achieve better performance under a variety of CPU loads.

Speaking of CPUs more broadly (i.e., both Intel and AMD), there’s another benefit to using liquid cooling, and that is that it can extend the life of the CPU. Every processor gets hot, but liquid cooling removes that heat more efficiently and quietly than air. By sustaining a lower average operating temperature, it slows the onset of what’s known as electromigration, which is an inevitable outcome of any modern CPU.

Transistors are so small these days that electrons eventually begin to “leak” out from where they’re supposed to go, and getting them on the right path requires more and more voltage, which brings more heat, which brings more electromigration—and so on. If, however, you are using liquid cooling from the get-go, and maintain a lower operating temperature over the entire life of the system, it pushes that inevitability farther and farther out, giving you better performance today, and better value overall.

It’s not just liquid cooling, but closed loop (as opposed to open loop) liquid cooling that BOXX uses, which means it requires no maintenance whatsoever on your part, and is less prone to leaks. There’s no need to add water or anything like that, as the liquid is constantly being cooled by fans as a tiny, silent motor circulates the coolant.

Looking forward, it’s possible that you’ll see more manufacturers turn to liquid cooling CPUs as the rule rather than the exception, as newer CPUs trickle out with higher thermal requirements. In fact, AMD recently announced a new 64-core Epyc processor, the 7H12, that caters to server environments that specifically use liquid cooling. As we use liquid cooling on all our APEXX models, BOXX is ahead of the curve on that one.

If you know you’re going to be stressing your CPU daily for the next few years, it’s a good idea to get one that can handle that stress. The new APEXX A3, with an equally new Ryzen 3rd gen processor, is particularly suited for creative professionals who require a compact, deskside workstation that’s unbeatable in multi-threaded workloads. If you think it may be time to upgrade, check out our website or consult with a BOXX performance specialist to see which BOXX is right for you.