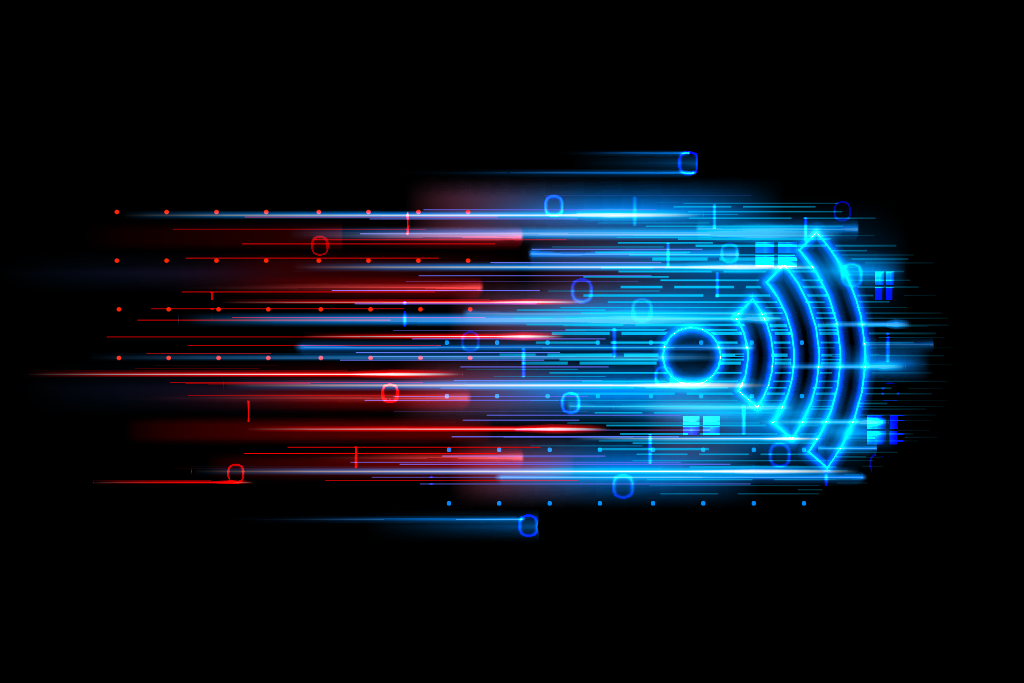 Wireless technology has had a long and winding history. Starting with ALOHAnet in 1971, which connected the Great Hawaiian Islands; to the precursor to the 802.11 protocol developed in the Netherlands in the 1980s; to an Australian radio-astronomer who became “the father of Wi-Fi” after a failed experiment to detect exploding mini black holes. Over the past 50 years, we’ve come a long way. And as you may have already guessed, things are getting even better.

Officially known as 802.11ax, Wi-Fi 6 is the emerging standard of wireless technology. In a nutshell, it provides speeds up to 38% faster,1 75% lower latency, and reduced bandwidth congestion in crowded networks. With up to 4x higher network capacity, the primary benefit is that more devices will be able to work concurrently, and at faster speeds, without feeling sluggish.

It accomplishes this largely by increasing the efficiency of the delivery of data packets. Instead of a single packet being delivered to a single client, multiple packets can be sent to multiple clients at the same time. This is great news, as there have never been more smart devices constantly sending and receiving data in our daily lives, from phones and tablets to thermostats and refrigerators. Wi-Fi 6 also comes with better power management, which allows devices to draw less power over time, and avoids creating unnecessary interference between connections.

Exciting as this may be, there are still some things to keep in mind. First, upgrading to a Wi-Fi 6 compatible device is only half the answer. If you want those faster speeds in your home or business, you’ll need to upgrade your router as well. Secondly, it’s important to note that the maximum speed dictated by your internet provider could be a limiting factor. That said, the speed of devices connected to your fancy new wireless network would likely get a healthy boost with these upgrades.

Having said that, this new standard is still evolving. In fact, just a few weeks ago the Wi-Fi Alliance, a non-profit organization that certifies Wi-Fi products and owns the Wi-Fi trademark, announced something even newer: Wi-Fi 6E, which will extend connectivity to the 6 GHz band for the first time. This will provide a completely clear frequency spectrum with zero legacy interference, which is currently a big problem, especially in the overcrowded 2.4 GHz range, making an upgrade even more attractive.

However, actual usage of this new frequency is still at the behest of regulators. Once it’s approved, the Wi-Fi Alliance predicts wide implementation, and sees this standard being particularly useful in industrial sectors for things like machine analytics, remote maintenance, or virtual employee training. Although that’s very exciting for the future, it’s not particularly helpful today. Additionally, it will take a while for all our ubiquitous smart devices to become Wi-Fi 6 compatible. All that to say, the best time to upgrade your router is likely later rather than sooner.

Switching to technology that actually is worth upgrading to today, look no further than BOXX. We pride ourselves on being first-to-market with the latest high-end computer hardware that accelerates your productivity in professional applications to make your job easier. Consult with a BOXX performance specialist or check out our website to learn more. And don’t forget to upgrade the firmware on that refrigerator.