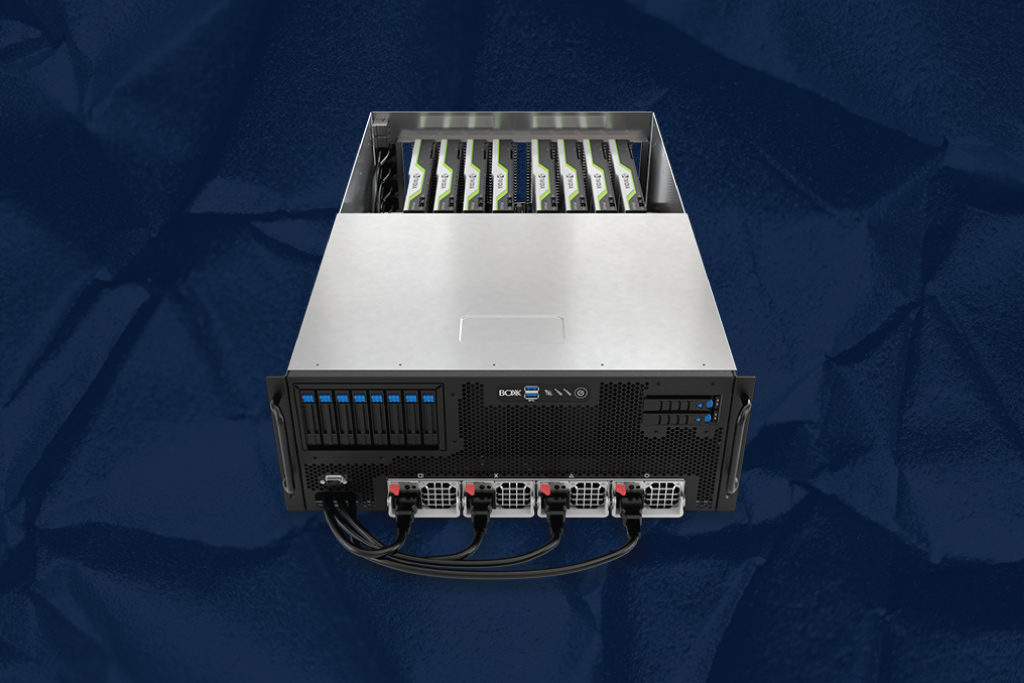 There’s always a bit of lag between the time a revolutionary hardware solution comes out and the time it takes for the software world to adapt. Thankfully, we’re at a point where the hardware—NVIDIA’s latest line of RTX GPUs—is starting to realize its full potential now that software vendors have shifted en masse toward GPU acceleration. On top of that, NVIDIA continues to fine-tune their products in the form of new drivers. For any enterprise that does a lot of rendering and is looking to grow their business in the simplest way possible, there’s never been a better time to consider upgrading to a centralized multi-GPU server to do the heavy lifting.

In a fast-paced industry that isn’t in the habit of extending deadlines, your turnaround time is only as fast as your slowest process, and rendering is notorious for being a time sink. Imagine if you could double the number of projects your team could complete in a month, or gain the ability to take on larger projects than ever before, all without having to add staff, or even man hours. It can be as simple as offloading all your rendering projects to a single, dedicated, multi-GPU rackmounted system.

Rendering is what’s known as a parallel computing process, which means the more cores you have working on a given task, the faster it can be completed. These days, nothing tackles massive parallel processing tasks better than GPUs, which contain thousands of tiny processors that solve a constant stream of calculations concurrently. This is thanks in large part to CUDA, the revolutionary NVIDIA GPU computing platform that brought programmable graphics hardware to the masses, and significantly broadened their GPU’s computational uses. It is the foundation that the fastest supercomputers in the world rely on to undertake the most demanding workloads.

NVIDIA RTX GPUs, based on the new Turing architecture, which brought massive performance increases, also come with dedicated RT cores that enable physics-based, real-time ray-tracing, as well as dedicated Tensor cores, which come with a feature known as Deep Learning Super Sampling (DLSS), which extracts multi-dimensional features of a scene and intelligently combines multiple frames to create a high-quality image.

Speaking of high-quality, high-poly scenes that are commonplace today contain lots of data that needs to be stored temporarily in the GPU’s memory in order to begin solving equations to fully render a scene. The more VRAM you have to work with, the larger scenes you can render without having to use the onboard memory, thereby bypassing an extra step in the process and accelerating render times. NVIDIA GeForce RTX 2080Ti GPUs provide 11GB of VRAM each, while Quadro RTX cards provide up to a massive 48GB each.

Additionally, using an NVLink bridge to connect two Quadro RTX cards, you can pool their resources, which allows for much larger scenes to rest comfortably in the VRAM than you could get otherwise. This physical bridge between cards also increases the rate at which they communicate with each other, and enables them to take on much larger computing tasks than either could accomplish alone.1

If you’re new to multi-GPU rendering, it’s important to know you won’t necessarily get identical performance across different rendering software, as multi-GPU scaling varies by application. You’ll want to pick something like OctaneRender, which scales exceedingly well with multiple GPUs. Redshift is another great option, as is V-Ray, which is a hybrid renderer that initially started out rendering only on the CPU, but is now also optimized to utilize the GPU. But regardless of which software you choose, BOXX has the hardware you’ll need in our new line of RAXX systems, which offer 4-GPU or 8-GPU configurations. Each model is designed to accelerate your graphics pipeline so you can spend less time waiting and more time creating. And legendary BOXX Technical Support, based in Austin, Texas, is ready to provide all the help you need to hit the ground running.

For instance, the brand-new RAXX W4G, pictured below, comfortably houses up to 10 SSDs, eight professional GPUs, and four redundant power supplies for uninterruptable operation, while still leaving room for additional PCIe devices. It also comes with IPMI, which lets you monitor and manage your system remotely, anytime, anywhere.

Check out our website or consult with a BOXX performance specialist to see which RAXX configuration is right for you.