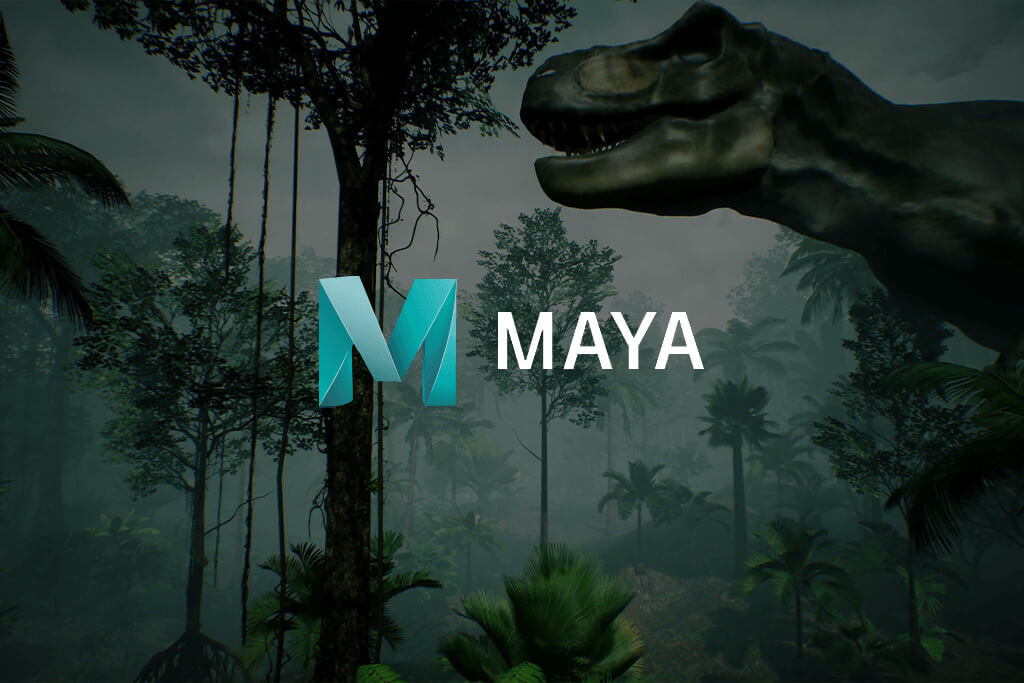 In a previous companion blog, New Plug-Ins Key to Maya 2022, we discussed just that, so now let’s take a look at all the other new features that will help you up your game as an artist or technical lead. If you liked the new plug-ins, you’ll be equally enamored with these. Right out of the gate, many of you will be pleased to know that on Windows and Linux, Maya now starts in Python 3 mode by default. Let’s look at a few more.

With Maya, there used to be no way you could apply sweeping changes to all ghosts in a scene. If you had multiple meshes selected and wanted to change the way ghosts appeared in the scene, you had to edit the individual attributes of each mesh in the Attribute Editor. Not anymore.

Now you can create images that echo the animation, letting you visualize movement and position of animated objects over time. The new Ghosting Editor provides an interface where you can easily modify Ghost attributes one by one or as a group. Unlike a Motion Trail (which represents keys around your animated model) Animation Ghost shows the object instead of a trail, enabling you to make better decisions. There is one caveat, however. Don’t combine the Ghosting Editor with Time Editor and Animation Layer Ghosts because (as Autodesk says), this “produces unpredictable results.”

Component Tags allow you to create node-independent named groups to deform geometry so you can modify tag membership on the fly. Assign sets of faces, vertices, or edges to custom groups. Using Component Tags replaces the groupID node previously needed to transform vertices, and cleans up the Node Editor by eliminating Tweak nodes. Whenever you create a deformer, Component Tag nodes are created automatically with a subset of components selected. You can create and edit Component Tag membership with the Component Tags table found in the Attribute Editor shape node tab.

Because Component Tag expressions allow you to define deformer memberships, when you add a deformer to geometry, an Input Attribute widget is added to the Attribute Editor so you can assign different falloff types to the Component Tag expressions to create Falloff effects on specific areas of the geometry. In addition, the new Morph deformer works with Component Tags to let you create automatic vert lookup tables, so you can easily transfer deformations across geometry.

Added to the Attribute Editor is a new Poly Unite Attributes area where you can add Component Tag selections which before, would have (by the Combine process) been discarded to the Component Tags table of the merged objects. Now you can access the Component Tag assignments of individual geometry—even when objects have been combined. When using Component Tag nodes, Tweak nodes are not created automatically. However, you can still create them using a new Tweaks setting in the Rigging section of the Animation Settings Preferences or the Add Tweak setting in the Deform menu.

Create VR for Maya is an immersive conceptual design tool that empowers artists and designers to begin directly in 3D. Using simple curve and surface tools, you can explore form and shape alongside your design while being fully immersed in VR. Then, sketches and models can be easily exported to Maya or other creative apps for final realization.

The Sweep Mesh feature lets you generate an editable mesh from the length of a curve, so you can create both organic and hard surface forms like tubes, pipes, cables, ropes, ribbons, roads, and more.

The Graph Editor offers a number of improvements including a peak removal filter to clean up noisy animation, a smooth filter for curve noise reduction, a Show Animated Shapes option, and more.

There are more new features in Maya 2022, but remember that in order to optimize those and the ones discussed here, you need a workstation computer purpose-built for Maya. Find yours at our Autodesk Maya Solutions page, or call a BOXX performance specialist at 877.877.BOXX.