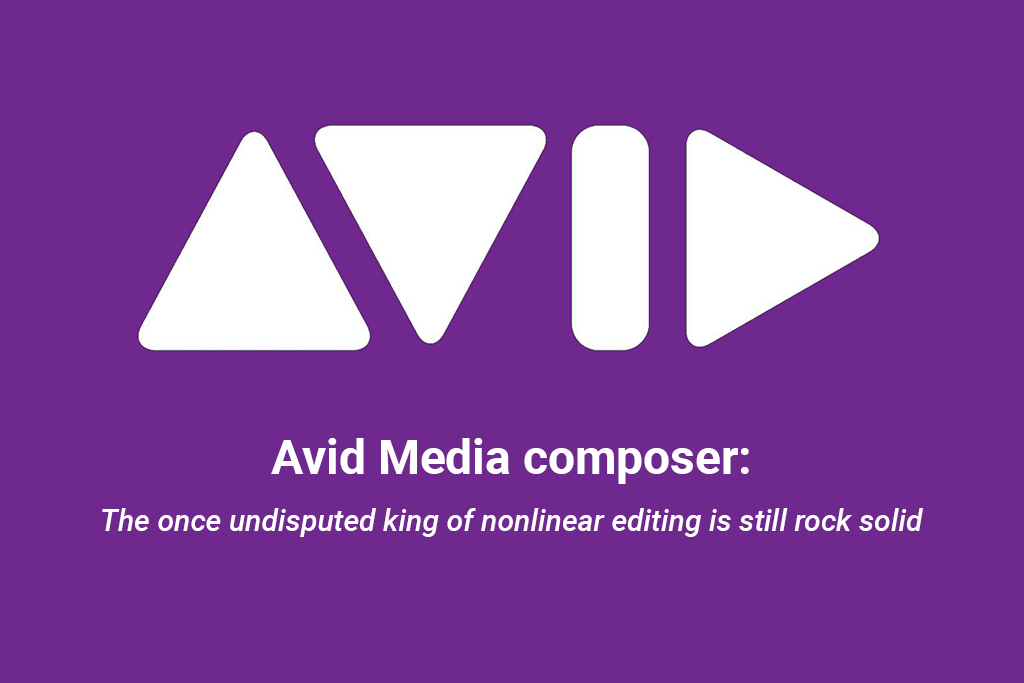 There was a time when Avid ruled the video editing universe. Nearly all feature films were cut on an Avid, because studios still shot on 35mm film and Avid was the only way to edit in 24 frames (or 23.97 fps if you want to get picky) and keep your sound and picture in sync. But it was only studios, production companies, post houses, and university film programs who could actually afford the Avid ecosystem of hardware and software which ran around $100,000. Even a used system could run in excess of 30K. But as the years passed, the film world became increasingly digital. As for nonlinear editing systems, Final Cut rose to prominence in the early 2000s but the widely criticized Final Cut Pro X in 2011 gave the distinct impression that Apple no longer cared about the professional video editing market. At that point, the once buggy afterthought, Adobe Premiere, evolved into the highly popular and well respected Premiere Pro and a large number of Final Cut users and other professional video editors transitioned to it. Today, the market also features DaVinci Resolve (from Blackmagic Design), renowned not only as an editing application, but also for its exemplary color grading system. It enjoys tremendous popularity in film and television, while VEGAS Pro (purchased from Sony by Magix) is starting to make some noise from prosumers to pros.

Through it all, Avid has still remained an industry studio standard, but they clearly heard footsteps. In 2017, they introduced the first Media Composer download, followed by some basic updates:

For the most part, these features were already standard on Premiere and Final Cut and had been for some time. This brings us to 2019. The latest release of Media Composer keeps pace with competitors and matches or beats the same monthly fee as Premiere Pro CC—which is always good news for aspiring and pro filmmakers and editors. With quarterly updates, you can subscribe to Avid Media Composer at $25 a month, sign up for a year at $20 per month, or pay $200 in advance for the whole year.

By comparison, DaVinci Resolve 15 is free, however it lacks some features you can only get from the $300 full version, Resolve Studio. As for Final Cut Pro X, it’s also $300 (and you don’t have to pay for updates) but you can only run it on a Mac.

All of these professional video editing applications have similar interfaces and features. As for Avid Media Composer, it too still has a rock-solid set of features and remains an industry standard employed on films throughout the world. As someone whose first experience with non linear editing began with a Mac-based Avid, it’s great to finally see it available to all filmmakers and editors, including Windows workstation users and those on a budget. This brings us to the ideal BOXX workstation configuration for the venerable editing application.

While Avid itself isn’t too multi-threaded (requiring multiple CPU cores) there are some instances where having a faster processor is indeed beneficial. The issue arises when Avid users also rely on other applications or do a good amount of rendering. In this scenario, APEXX T3, with the blazing fast AMD 32-core Ryzen™ Threadripper™ 2nd Gen processor, is an excellent choice. APEXX T3 also offers up to 128GB
of memory, plenty of hard drive space, and up to two NVIDIA Quadro GPUs.

If you’re partial to Intel-based systems, take a look at BOXX X-series workstations—the APEXX 3 and APEXX 4 featuring an overclocked, 18-core Intel X-Series processor, up to two NVIDIA Quadro GPUs and 128GB of memory. The new APEXX S4 system, featuring an over-clocked, 8-core Intel Core i7 or  i9, is also a very good option as it can support multiple, professional grade GPUs. For any of these recommended Avid workstations, an NVIDIA GeForce GPU is insufficient, so we recommend the new NVIDIA® Quadro RTX™ 4000 at a minimum. The Quadro RTX 5000 is even better, or a 6000 optimal (but only if your budget allows).

By itself, Avid doesn’t typically require more than a single GPU, but if your workflow includesb other applications which take advantage of multiple GPUs, you must factor that into your decision. For example, if you color grade and/or finish with DaVinci Resolve, that application is very GPU-intensive. In fact, even Premiere Pro can take advantage of multiple GPUs, though not to the extent of Resolve.

As for memory, 64GB of RAM is usually more than enough, and when discussing hard drive options, M.2 SSD hard drives are certainly recommended.  If you’re doing a lot of other tasks, a secondary drive for editing/scratch will certainly benefit your workflow.  In most instances, Avid users rely on network-attached storage or on a server, so extra storage on the workstation shouldn’t be a primary concern.

What should be paramount is configuring a workstation purpose-built to maximize the features and toolset of Avid Media Composer. Begin by contacting the media & entertainment experts at BOXX . . . and be on the lookout for an updated Media Composer 2019 arriving soon.