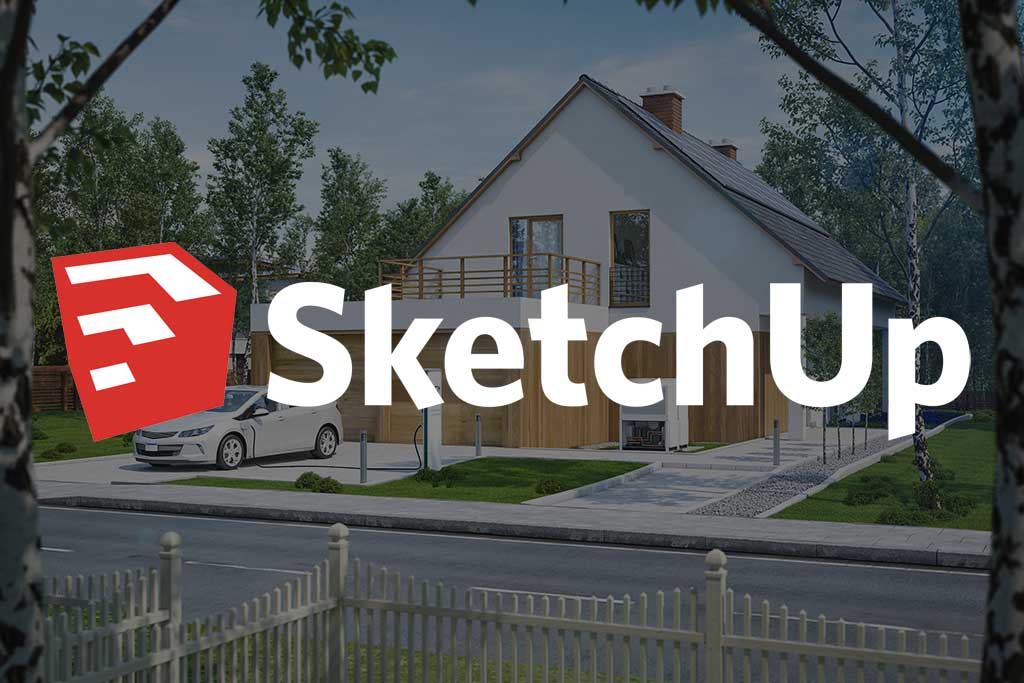 Do You Use SketchUp in Your Workflow?

If you’re an architect or product designer, odds are you’ve spent countless hours learning how to use various types of 3D design software. At this point you’re probably used to a single one. Switching and learning something totally new might not seem worth the effort, or perhaps the company you work for simply prefers one over another. However, there’s something to be said for adding more tools to your arsenal.

An easy one to add to your workflow, if it’s not there already, is SketchUp. Its main selling point is that it’s just plain easy to use. Compared to other professional design applications, the interface is much simpler, there aren’t a thousand hotkeys to learn, and it’s just more intuitive in general.

But why do you need it, exactly? While it’s certainly capable of more, lots of people use SketchUp for brainstorming, rough modeling and conceptual design—basically like a digital cocktail napkin. However, whether this sort of workflow appeals to you depends on how you prefer to generate your ideas.

If you’re used to sketching out ideas the old-fashioned way (i.e., on paper), you may need to train your brain to explore ideas in a new medium. Luckily, SketchUp makes this transition as easy as possible, since you can create simple designs quickly that can then be ironed out in detail later in something like Revit or AutoCAD.

Another advantage if you want to work SketchUp into your workflow is that you can do it without even installing it. While there are paid versions, you won’t need that for a simple brainstorming session. SketchUp offers a completely free web-based version that only requires you to sign up.

As for the rest of your workflow, it may also be time for you to reassess your workstation. If you work a lot with 3D models, it’s important to know that those calculations are performed linearly, which means they’re handled by a single CPU core. This is different than, say, rendering, which solves calculations in parallel and can utilize multiple cores at once. The speed that 3D modeling calculations can be solved (i.e., how long you’re left waiting) is determined by the frequency each individual core runs at, and not the total number of cores. So, if you’re on the lookout for a new system, you should look at processor frequencies, right?

Well, yes and no. If you’re comparing specs across different vendors, it’s very possible you’re inadvertently comparing processors across CPU generations, as the big-name companies tend to take quite a while to upgrade their stock. In that case, looking at the frequency may not be enough to gauge actual performance differences between the two. This is because, as CPU architectures improve, so too does the IPC (instructions per clock)—even at identical frequencies. Higher IPC is what translates to increases in real-world performance. With each successive generation, you also often get other improvements, such as faster memory, higher memory capacities, or, as with AMD’s recent Ryzen 3000 launch, PCIe 4.0, the benefits of which are mainly higher throughput for the latest NVMe SSDs. In short, it pays to have the best hardware.

At BOXX, we pride ourselves on offering the latest technology, so you won’t have to play that guessing game with one of our systems. Do you need your workstation to have the absolute highest throughput for your SSDs? Check out our brand-new APEXX A3. If you want the highest frequency for running software like SketchUp or Revit, check out our flagship model, the APEXX S3. Professionally overclocked to 5.1GHz (and with the highest IPC to match), it’s the single fastest CAD workstation on the market.

Lastly, don’t forget that we also provide plenty of detailed specs for all our products on our website, in case you’re the type to dive deep into that stuff