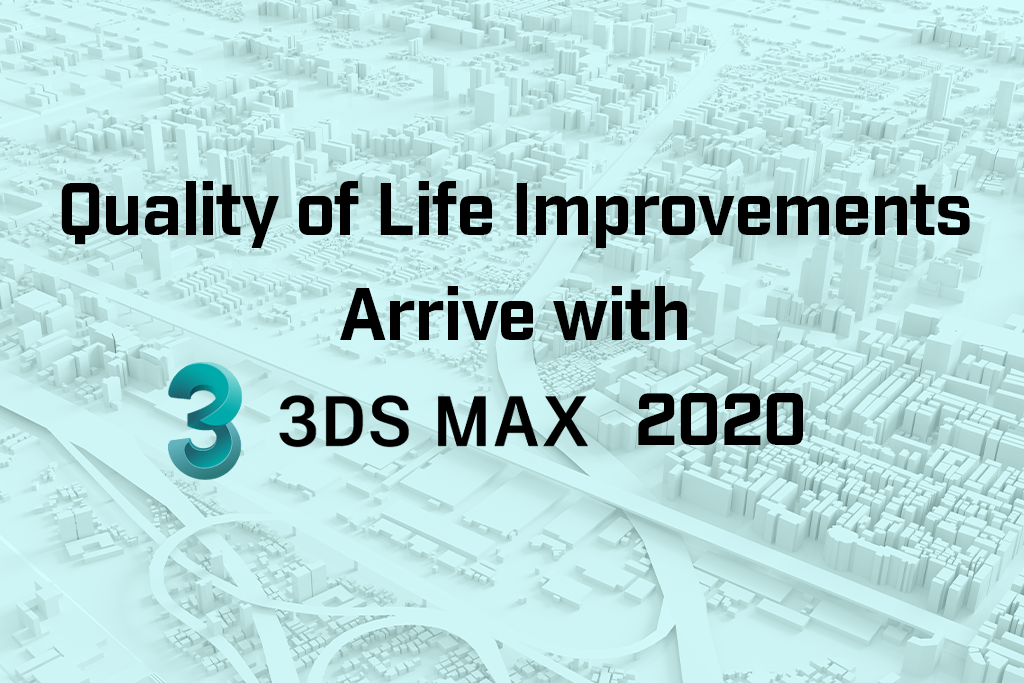 Due to the iterative nature of Autodesk updates, the difference between 3ds Max 2019 and 2020 was never going to be huge. However, the newest version offers a series of small but meaningful changes that ultimately lead to better performance and stability that speed up content creation. While this isn’t an exhaustive list, I will be highlighting a few of the main areas of improvement.

Adding edges to objects has become a little easier as well with an update to the chamfer modifier interface. Users can now have multiple fixed widths on a single chamfer. You can even control the transition between chamfered and unchamfered edges with the new End Bias setting. This helps produce cleaner, smoother geometry and lowers the number of necessary chamfers on a single mesh. The ability to save and load chamfer presets has also been added, finally removing the need for a third-party script.

General performance enhancements were included as well which promise to do things like reduce redundant evaluations and create faster animation previews. Optimizations have also been made regarding the interaction of grouped objects within the viewport. Rendering is said to be three times faster in some instances, view import animations two times faster, and an improved shading system will now automatically run pixel-perfect shaders. Similarly, added support for Quicksilver Hardware Renderer is good for users whose workflow necessitates accelerated rendering.

Tear-off menus, exporting point cloud data,1 and alphabetized Revit categories list are examples of small improvements that make everyday use of 3ds Max more customizable and convenient to the end user. Additionally, you can import Revit 2017–2019 files even if you don’t upgrade to the new version by installing the appropriate compatibility pack.

Although feedback from users has been mixed, it appears to be a modest step in the right direction. Fortunately, Autodesk has also published a roadmap that shows robust, albeit tentative plans for things such as adding dedicated tools for building procedural environment layouts, tear-off viewports for multi-screen users, and even implementing an industry-wide universal physical material standard that would provide support for a much wider variety of renderers. We’ll have to wait and see what comes through with 2020.1.

It’s great that Autodesk is doing their part to speed up content creation, but you can speed it up even further with a BOXX. Our flagship workstation, the APEXX S3, was specifically designed by BOXX engineers to optimize 3D design and CAD workflows.