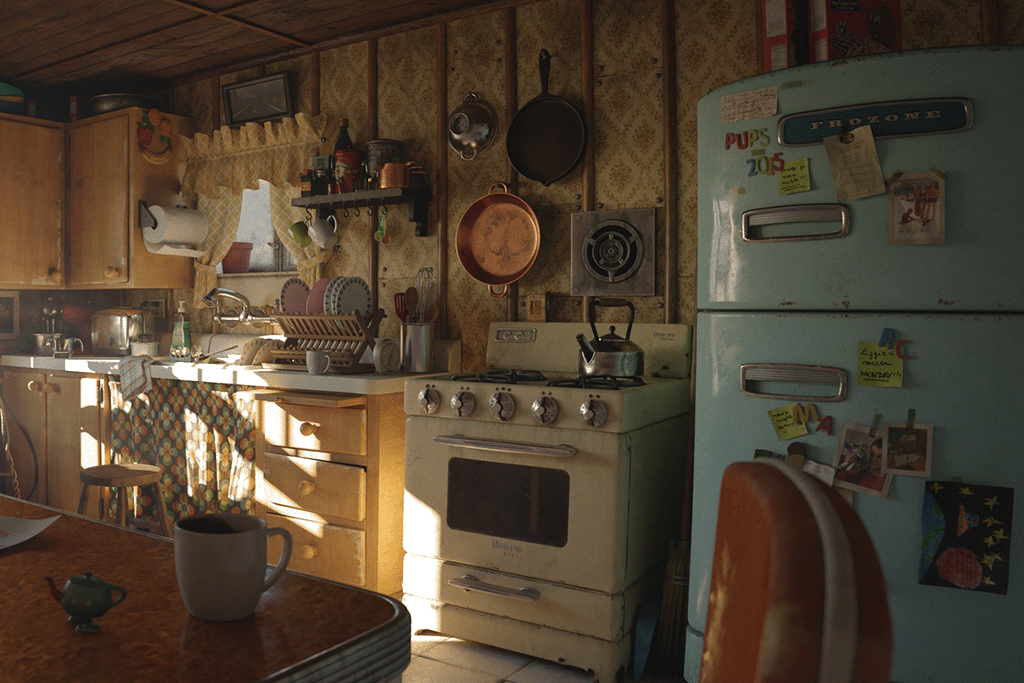 Gifted visual effects artist and BOXXer Fabio Sciedlarczyk (PAW Patrol: The Movie, The Spongebob Movie: Sponge on the Run, The Trace We Leave Behind) has been plying his trade in commercials and feature films for 18 years. In both live action and animation, he’s taken a variety of roles, but currently refers to himself as a looks development artist.

As a child, Fabio was enamored with Pixar’s Toy Story and the look of 3D animation. A few years later, a demo CD (remember those?) of Bryce 3D software discovered in a magazine fold set him on a path to create what he deemed “realistic” imagery. Unfortunately, it was 1999 and the internet was in its infancy (as was 3D software), so Fabio’s development was fraught with trial and error.

Like any true artist, however, he turned his attention to the great masters like Caravaggio and Rembrandt, well-renowned for their dramatic use of chiaroscuro. Fabio also studied Norman Rockwell, Dali, and others. His reliance on the concepts and beauty of traditional art that began in his youth still continues to this day.

Fresh out of school and landing an intern gig at a commercial animation studio, Fabio became a generalist, but soon discovered RenderMan, a VFX and animation renderer from Pixar Animation Studios, which reinforced his career interest in lighting and shading. After multiple project and studio jobs, he hit Los Angeles in 2010 and spent three years on set learning the finer points of cinematography. When he returned to CG in 2013, the lighting techniques he learned from those DP gigs had made a profound impact on how he would approach his virtual creations.

In 2017, Fabio won RenderMan’s very first art competition, Everything and the Kitchen Sink Art Challenge. From lighting and shading, to textures and surfaces, his winning entry was astounding. The great masters who inspired him would have been proud.

As Fabio continues to tell stories and bring incredible visuals from within his imagination to life, he relies on a BOXX APEXX S3 workstation powered by an Intel® Core™ processor. Like the pairing of light and surface in Fabio’s work, a BOXX with Intel inside is a perfect combination. Treat yourself to this short video and experience a new master at work, not with oil paint and brush, but with Renderman and the exceptional workstation we call our Flagship.

Configure your APEXX S3 workstation purpose-built for VFX, 3D modeling, animation, and motion media (as well as architecture, engineering and product design) or call a BOXX performance specialist at 877.877.BOXX.