Bob Can Do That

When the search was on for a ventilator device that could serve more COVID-19 patients, Robert Conley stepped up.

Mechanical engineer Robert Conley started his company, Interactive CAD Solutions, 18 years ago in Hartford, Connecticut, doing everything from CNC programming and structural analysis, to structural design and flow analysis. “I make my living with small companies that need a full-time engineer but can't afford one,” Conley says. And he’s not exaggerating. From oil drilling platforms and fuel cell power plants, down to sheet metal and dog toys, if you can name an engineering task or project, Conley has probably done it.

Now you can add to that list a device that makes it possible for up to seven hospitalized patients to use a single ventilator. Intrigued? So were we.

At the height of the COVID-19 pandemic in March, Kevin Dyer, the owner of InterPRO, a 3D printing company in nearby Deep River, CT, was reading about the shortage of ventilators, so he put out a request to the SOLIDWORKS community for anyone willing to create a design which (in the most dire circumstances) could make it possible for one ventilator to assist multiple patients. Having previously worked with Kevin and his team on rapid prototypes, Conley answered the call. “Like a dummy I said, yes,” he deadpans, “because I have insomnia, I said I can help out.”

With Conley on board and fearing time was critical, Dyer immediately retrieved a respiratory hose from his next door neighbor (who happens to be a doctor). That same day, with the hose as a guide and not much additional information, Conley completed an initial design and printed it out that night. The following day, Friday, he went to the hospital where he was introduced to Dr. Saud Anwar, who is also a Connecticut state senator and closely involved in the project.

“That's when I found out that I had to put four rather large respirator filters on the outlets,” Conley recalls. “Friday afternoon, I redesigned it and sent it back to Kevin who printed the prototype overnight. I met Kevin and Dr. Saud inside the hospital on Saturday morning. We tested it and it worked so well that we actually added tees and crosses to get it up to seven simulated patients.”

At that moment, they shot a video demonstrating the process. Shared with the World

A local news story immediately followed, and as is common in medical science (and especially so regarding virtually every aspect of the COVID-19 pandemic), so did controversy. The Society of Critical Care Medicine and other health associations argued that the device “could lead to poor outcomes” and that “it is better to purpose the ventilator to the patents most likely to benefit than to prevent.” Anwar, however, was adamant that the invention was designed to preserve life in drastic, epidemic situations—especially where ventilators are hard to come by.

“The machines do not fix the disease,” he said. “The machine provides the support while your immune system is able to get rid of the disease. Our job is to keep people as stable as we can while they are able to heal or improve and survive the impact of the illness.”

Conley agrees, describing a phone call from a Zimbabwe physician treating three COVID-19 patients. The doctor said he lost a patient because he only had one ventilator, but if he had had a 3D print of the device, he could have possibly saved all three.

Memories are short. In March of 2020, models were the guide, the worldwide pandemic was in full flourish, hospitals were overwhelmed in Italy and other places, and worst case scenarios dominated the media landscape. In the midst of all this, Robert Conley answered the call and along with Kevin Dyer and Dr. Anwar, turned a concept to a finished product in only four days—a project that would typically take months and require multiple iterations. If that wasn’t hard enough, life became even more difficult for Conley following the video because Anwar cited Conley’s email as a contact for the file.

“I had to put ‘out of office’ on my email to redirect people to my website so they could to download the final,” says Conley “Well, at the top of the page is my cell phone number. For six weeks, I was getting phone calls from all over the world!”

Overwhelmed by the sheer volume of calls and unprepared for the notoriety that followed, Conley was suddenly recognized by everyone from passersby, to his insurance agent calling to exclaim, “I saw you on TV!”

“It would be nice to be rich and famous,” Conley laughs, “but as for being famous, I’d rather go back to my nice, boring life.”

At present, the ventilator device has been downloaded over 5,000 times in 80 different countries, including many third world countries where ventilators are in scarce supply.

“I expected no recognition, no profitable compensation,” Conley says, citing his own 2014 brush with death as a scuba diver suffering from decompression sickness as a catalyst. While in the emergency room, he received the good news that he would survive, followed by the not-so-good news that he was diabetic.

“When the doctors who discovered insulin actually injected patients,” says Conley, the recovery was so remarkable that they decided to give away the patent for $1 each. I could try to manufacture this, make a mold, ship it to countries and it would have taken six months. I’m not going to be a rich man, so I figure if this is my one good thing to do in this world, we need to share it with the world.” 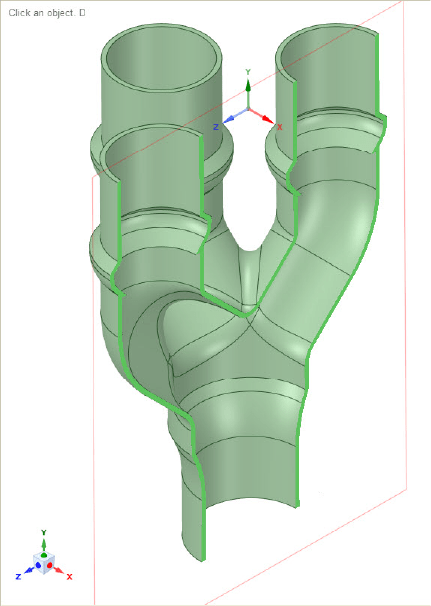 When he is working for profit, Conley’s customers find him by word of mouth. “They hire me for design projects too hard to do in-house,” he says. “Someone will ask, ‘Who do you know who can do that?’ and someone else will respond, ‘Bob can do that.’ Then I get a phone call.”

For first-time clients, Conley begins with the knowns and unknowns of the project and sets out to solve them one at a time. He prefers SpaceClaim software for concept work because all of the parts of the assembly reside within one file.

“Because it’s a direct editor, I can bring in files regardless of format. It's a great program to fix files that are missing holes and faces.”

Where Conley typically encounters challenges is in the process of downloading models from different companies because they may have an assembly saved as a part. “When you have two faces that are touching and you delete a face, SOLIDWORKS will say this face is missing and show all kinds of errors,” says Conley. “With SpaceClaim, I'm able to clean that up with just one click.”

He also relies on a 3D scanner which pulls in 1.5 million points per second. If a client requires only a “dumb” file, Conley exports into SpaceClaim, but if they require a fully parametric CAD model, he’ll use Geomagic Design X software to reverse engineer into SOLIDWORKS and render out in SOLIDWORKS Visualize.

Talking to a Real Person

Conley says his biggest workflow challenges are GPUs and RAM. “When you're working with STL files, they’re big, bulky, memory hogs. My laptop has to have 64GB of RAM, because when I take my scanner on the road, I need a beefy laptop that can handle the load.”

Conley’s beefy laptop is a GoBOXX MXL mobile workstation powered by a desktop-class Intel® Core™ i7 (4.0GHz) and NVIDIA Quadro GPU, to accompany all that memory. When at his home office, Conley’s workflow runs on a BOXX APEXX workstation. Prior to his BOXX systems, Conley used HP, but a lack of quality technical support eventually forced him to look elsewhere.

“HP used to have excellent customer service,” he says. “I had a technician, who lived about 17 miles from my house, so he would come out the next day with parts and fix my laptops, no problems. About six years ago they did away with using your own technical support and actually outsourced it. So, I had a contractor come out to replace a video card in my HP laptop who left a keyboard screw rattling around. I had to call back three times. It was just crazy. Once they got rid of their own customer support, it was time to switch.”

Luckily for Conley, a client and avid BOXX user recommended the U.S.-based hardware manufacturer’s products, so the engineer decided to give them a try. Before long, he was sold. “They never break down,” says Conley. “Every day I'm down, it's almost $750 a day that I don't get paid. So if I’m down for four or five days, it's the price of a laptop. For me, reliability is the most important thing…and I’ve had great technical support.”

Conley recalls an incident when a Windows update wreaked havoc on his systems’ BIOS. The result was that neither system would boot up. A quick phone call to legendary BOXX Technical Support was all it took to remedy the situation. “They knew right away how to fix it,” says Conley.

Conley also notes that BOXX performance specialist Rich Petit knows his way around BOXX hardware—and Conley’s software applications. He also appreciates the fact that he and Petit are on a first name basis. “Rich keeps in contact and checks in every three months to see how I’m doing,” says Conley, “but never intrusive or pushy like a lot of sales calls where they insist that it’s time you upgrade.” 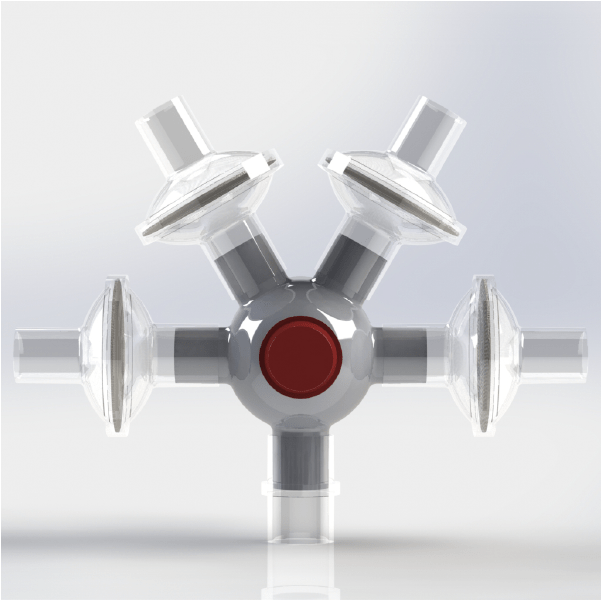 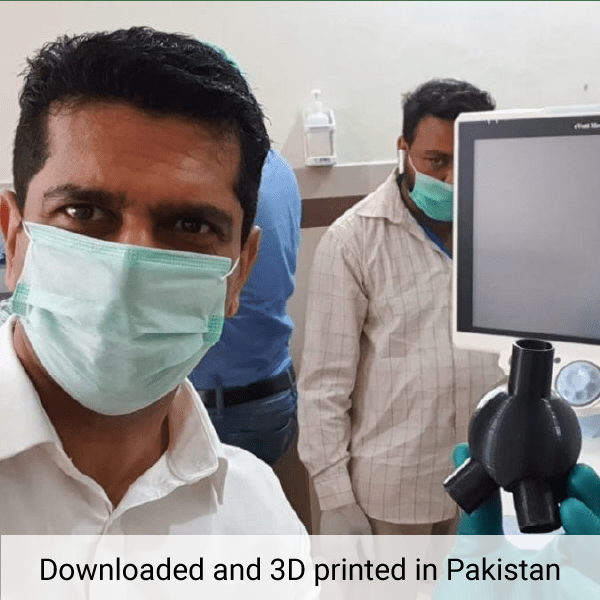 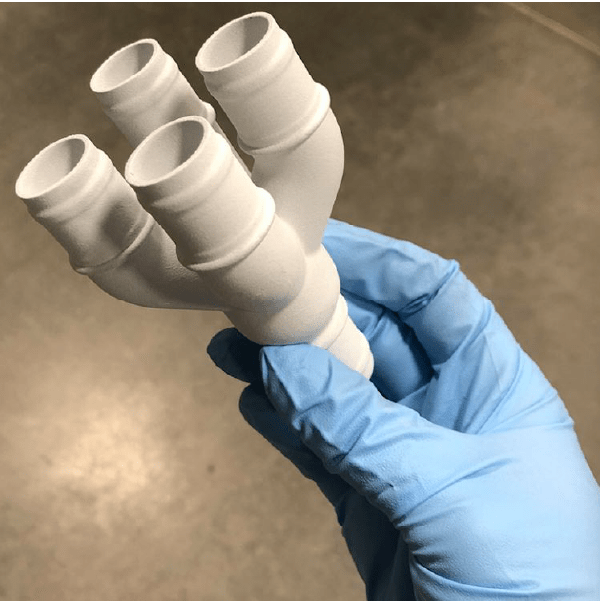 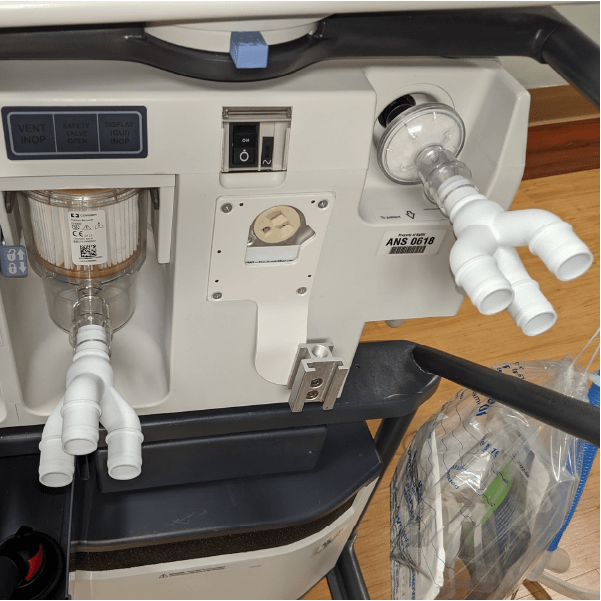 As we talk, Conley tells me he’s been onsite scanning 48” x 48” x 1” plates with his 3D scanner and working with 4 to 8GB text files. “I love my GoBOXX,” he says. “It doesn't bog down. It has the horsepower to get the job done. I've been a happy customer for a long time and when this one is done, I'll be buying another one.”

As for his very first BOXX system, a desktop model 3DBOXX 4920 XTREME featuring an Intel Core i7, NVIDIA Quadro GPU, and 32GB of RAM, Conley insists that the only reason he retired it was because of its 2014 vintage. “I actually had to retire it last year because it was so old,” he laughs. “I couldn't kill it! It was so old that it had depreciated off the books, so it was time to upgrade to the new one.”

However, Conley’s upgrade came with a dilemma. His new desktop system would require an old operating system. You see, Conley’s 3D scanner doesn’t have a driver compatible with Windows 10, so he needed a workstation with Windows 7. The solution was a “reBOXXed” APEXX 4 7403 equipped with an overclocked Intel Core i7, NVIDIA GeForce GPU, and 32GB of RAM. reBOXXed is the BOXX line of pre-owned, refurbished workstations, rebuilt and re-certified by BOXXlabs.

“Rich had one that had been on the website for many months which nobody wanted because it had Windows 7,” Conley recalls. “When he found it, he said, ‘Have I got a deal for you!’ which was true. I got a great deal.”

As our conversation winds down, Conley emphasizes that another aspect which sold him on BOXX was its deviation from the call center tree favored by the tier one workstation manufacturers. He illustrates his point with a brief anecdote regarding a recent issue with a product development platform which resulted in six emails and the loss of valuable work productivity—all for a problem he insists could have been solved with a 30 second phone call.

“That's the number one thing I love about BOXX,” he says. “When I call, I talk to a real person.”