Kudos to a
Super Fast Computer

On the big island of Hawaii, atop the13,793 foot dormant volcano of Mauna Kea, sits the Canada-France-Hawaii Telescope (CFHT), a 3.6 meter optical/infrared telescope. Staffed by a group of 45 (six astronomers and the rest engineers or administrators), CFHT is but one of thirteen total observatories dotting the mountain landscape. Among the staff is instrument designer and machinist, Greg Green. “I come up with innovative solutions to problems we have—broken components,” says Green. “I execute the design all the way through manufacture and implementation on the telescope.”

Greg and his fellow engineers rely on SOLIDWORKS for their demanding design workflow—demanding because the telescope, which originally became operational in 1979, is in the process of a major renovation. “We’re going to take the Canada-France-Hawaii Telescope and cut the top of the facility off,” says Green. “We’re going to go from a 3.6 meter mirror to an 11.25 meter segmented mirror, and that requires a lot of work from partners.”

CFHT is in the process of securing funding in order to move on to preliminary design and then construction. Green hopes all design will be complete within five years, followed by a lengthy construction phase. The target date is 2026, when the renovated observatory will be christened Maunakea Spectroscopic Explorer (MSE) and will lead the world in multi-object spectroscopy, with a unique capability to study up to 4,000 astronomical objects at once.

As for the work thus far, IDOM, a multinational consulting, engineering, and architecture company, designed the telescope structure while Dynamic Structures, a Canadian company with a long history of complex steel structure fabrication, has been responsible for the dome. “They submit models to us and it’s my job to incorporate these models into a master assembly,” says Green. “I check for interferences and find problems that allow us to proceed through our design phases.”

For CFHT engineers, the most daunting challenge is the enormous data sets with which they must contend. “Our data sets are absolutely massive,” Green exclaims, “and they’re only going to get bigger as we move on to preliminary design. This requires supercomputing levels of power, so our GPUs are huge, our CPUs are massive, all just to deal with the size of this dataset. Everybody likes to open up the full data set and move down to their subassembly that they’re trying to attack, so were doing everything we can to keep that full data set intact as long as we possibly can. Eventually, it’s going to get so big that we can’t deal with it, but so far, we’re in good shape.” 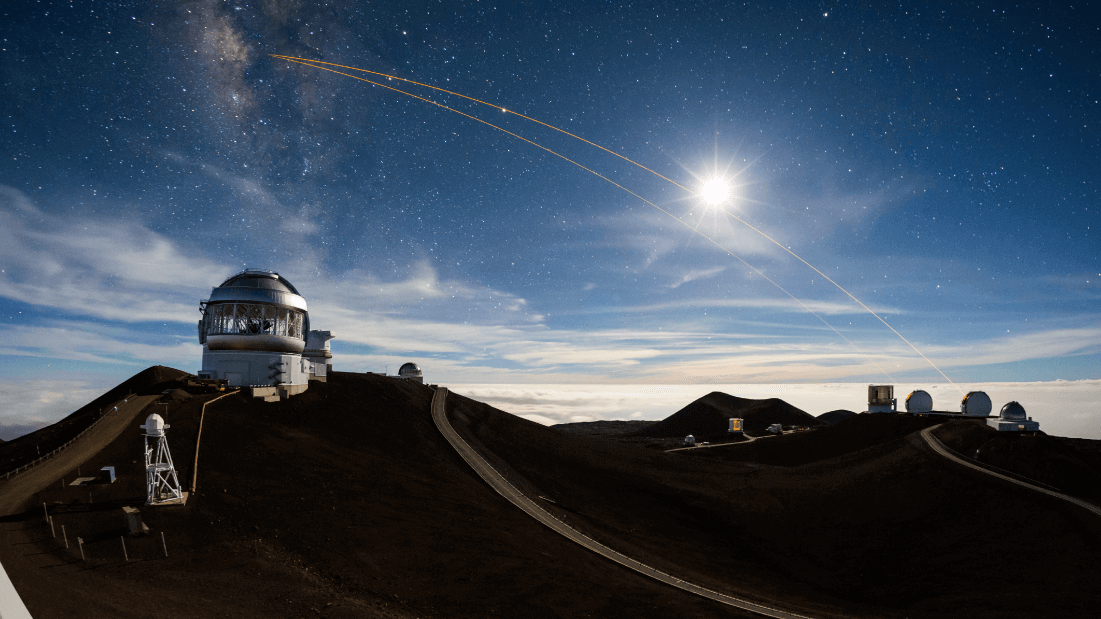 Well through many years of trial and error I’ve done rendering and animation with some machines bought, others built, and tons of software, and it was from those years of “error” I knew what I needed to do and what I didn’t, so it was more a point of proving why people needed to simply trust my decisions.

Securing funding for a project the magnitude of the CFHT requires a lot of travel and a lot of demonstrations. In order to expedite the funding efforts and keep the project moving forward, SOLIDWORKS offered Extended Reality (XR), a program which functions within Edrawings Professional. “SOLIDWORKS XR is an amazing program, “ says Green, “and they gave us codes to open it up before the rest of the world had access to it, so we took it on the road.”

There was only one problem, however. CFHT lacked a portable computer hardware solution that was powerful enough to support the XR demos. “It’s a massive model,” says Green. “You also have to drive one eye piece, then another eye piece, as well as the screen on the laptop and a projector remotely so people walking through our demo booth are able to see the experience that someone in the VR headset is going through. It requires a lot of power and being a nonprofit research institution, our budgets are extremely limited.”

The solution came from BOXX. Green had a number of questions and concerns for the hardware manufacturer, as well as being wed to a tight deadline due to upcoming astronomy conferences. Fortunately, BOXX VP of Marketing Bill Leasure and other BOXX departments responded with the right answers and a quick turnaround. “Everything was flawless,” says Green, “from the shipping communications to how fast it all happened. Bill has been with us the whole time, asking if everything is okay, if there is more BOXX can do. It’s just hard to find that in a company nowadays. These guys were gracious enough to say. ‘Hey, we’d love to partner with you. We’ll send you a computer and see how it works.’ And it (the computer) was amazing.” 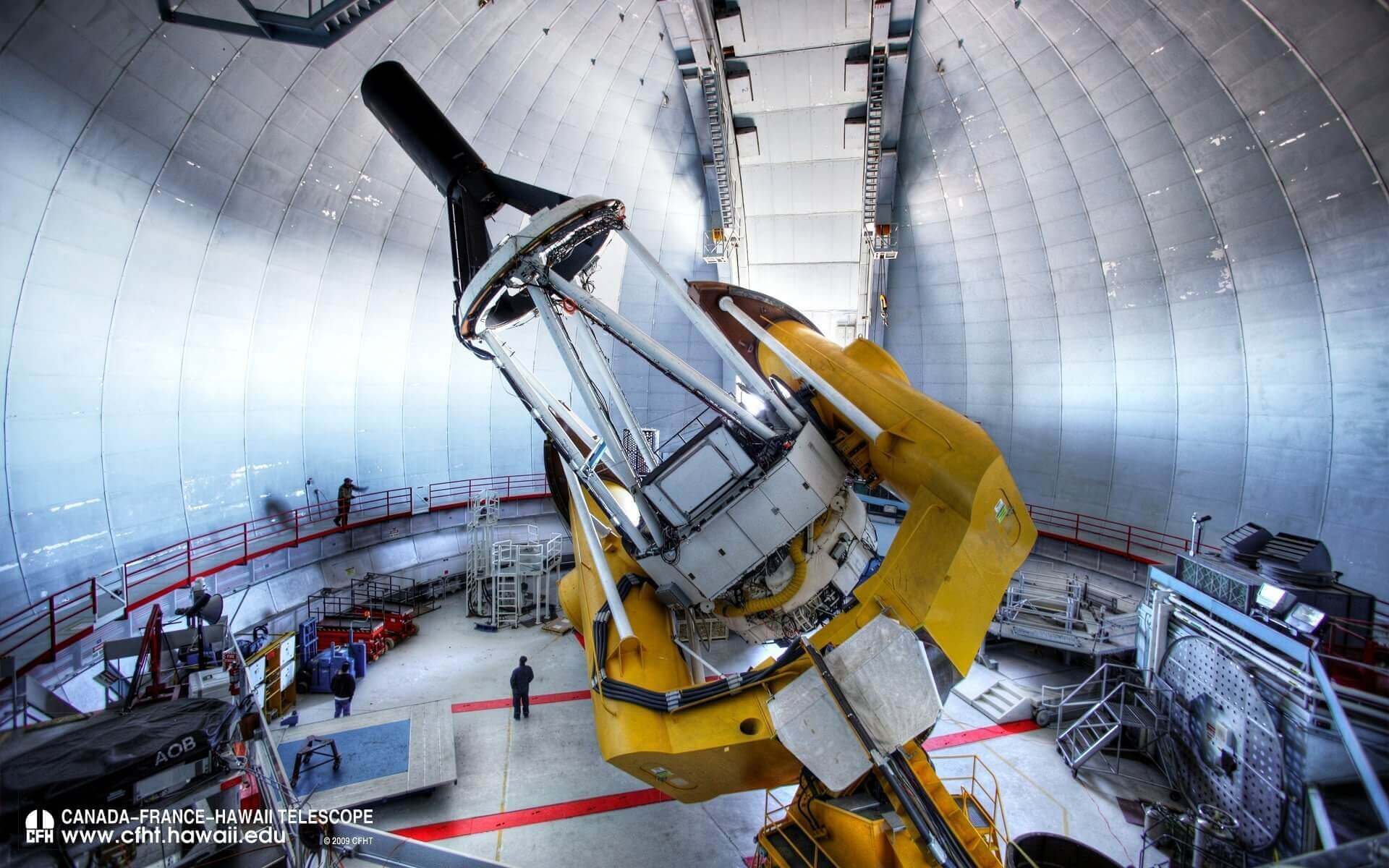 The “amazing” system BOXX sent was the GoBOXX MXL VR, a powerful mobile workstation and true desktop replacement optimized for the seamless deployment of VR experiences in product design, architecture, entertainment, and VFX. MXL VR houses a six core, desktop-class Intel® Core™ i7 processor, up to 64GB of DDR4-2400 memory, and an NVIDIA GeForce GTX 1080 GPU. Speaking of the graphics card, Green was more than impressed. “Of course, as a SOLIDWORKS user, it’s imperative to have a (NVIDIA) Quadro card if you want to fully unleash the capabilities of SOLIDWORKS,” said Green, “and we have Quadro cards throughout our facility. All the designers and engineers use them, but I was particularly impressed with the GoBOXX MXL VR running with a1070 GTX. It was actually able to provide that VR experience with no jitters. It was beyond what I expected, so kudos to a superfast computer. MXL VR drives the VR headset, its screen, and a remote screen flawlessly. We went on the road to several astronomy conferences, so now the whole astronomy world is getting a chance to tour this facility before it even becomes a reality.”

The experience has made Green a firm believer in the power, performance, and expertise of BOXX. “It’s hard for me as a designer to convey the needs of computing power to our IT department, says Green. “GoBOXX MXL VR has taken a huge step in helping me explain how much power I need. Our guys take this data off the telescope and we have all sorts of pipeline work to simplify the data and they (IT) think that should be the most powerful computer we have. But when we’re doing renderings for our marketing materials, these take days and if I don’t have a lot of fast cores and great graphics cards, I just can’t get this work done. It’s finally sinking in, so I think down the road, when we have more needs, we will become exclusively a BOXX user.”