The East Tennessee State University (ETSU) digital media program educates 300 undergrads in four key areas of concentration: animation, VFX, visualization, and game development, and according to department chair Marty Fitzgerald, game development and animation are the majors that typically attract incoming freshman students. However, once they’ve settled in, the reality can be very challenging. Some students realize they don’t enjoy it as much as they thought they would and change majors, or some, for example, may discover that they really like related disciplines like modeling or video. “Part of what we do is say that there’s a lot more to this than just game development and animation,” says Fitzgerald. “We need people that do lighting, texturing, modeling, rigging, level design, and more.”

Fitzgerald says the program also has students in pursuit of careers outside of media and entertainment. Some arrive with undergraduate architecture degrees but are missing the digital media component. In another case, a student set on a career in criminal justice wanted to do video work for the FBI. In each instance, ETSU was able to help. “We try to be a little bit flexible because everyone is different,” says Fitzgerald.

Fitzgerald says student projects begin by defining a goal—the desire to create something. They’ll look at references, like a collection of photos. If they want to create an animation, they may shoot a reference video. For a multi-shot video, they might storyboard. If it’s single shot, they may go to work blocking it out. For a model, the students may rough it out and decide what the workflow would be. There are also a number of questions which need to be answered. “If we’re modeling, do we want to start right in ZBrush with a hi-res sculpt and see where we go, or do we want to start with a low poly base?” Fitzgerald asks. “Depending upon what we think, we may start with photography. We’re doing more of that lately where you take a whole bunch of photos of something, generate a hi-res mesh, and then get it down to a low poly image with quad and what everyone can deal with. If it’s a game project, it’s probably a team of students with us assigning roles. There’s a certain amount of creative discussion about where we want it to go and how we want it to feel. As for project roles, we want to determine the animator, the set designer and environment, followed by the standard group project factors like due dates, how we plan to make project deadlines, things like that. It’s fairly standard issue. No one wants to work at something they don’t like or are not good at, but every group has that person who doesn’t do the work versus the people who always do. The labs are open 24/7 with card access, so you know who’s here at 4am and who isn’t.”

Students in the ETSU program rely primarily on Adobe CC, ZBrush, Autodesk® Maya®, and Mudbox®, and Substance®. “We definitely try to stay with what is used in the real production world, says Fitzgerald, “and after you’re good at the software, you have to take that skill and make something. Do you have a good eye for form? Do you have a good eye for color? Are you good at positioning and editing? At the end of the day, you need to show me something which will make me say ‘Wow, look at that.”

Fitzgerald says that with student projects, the first step is making your creation work and it is rare that a student animator will create first-rate animation from the outset. The aptitude of ETSU students runs the gamut from artists to computer techs, and although technically minded students may worry about their drawing abilities and artists may fret over their programming capabilities, communication is the key. “You just need to communicate with your team what you’re doing,” he says. 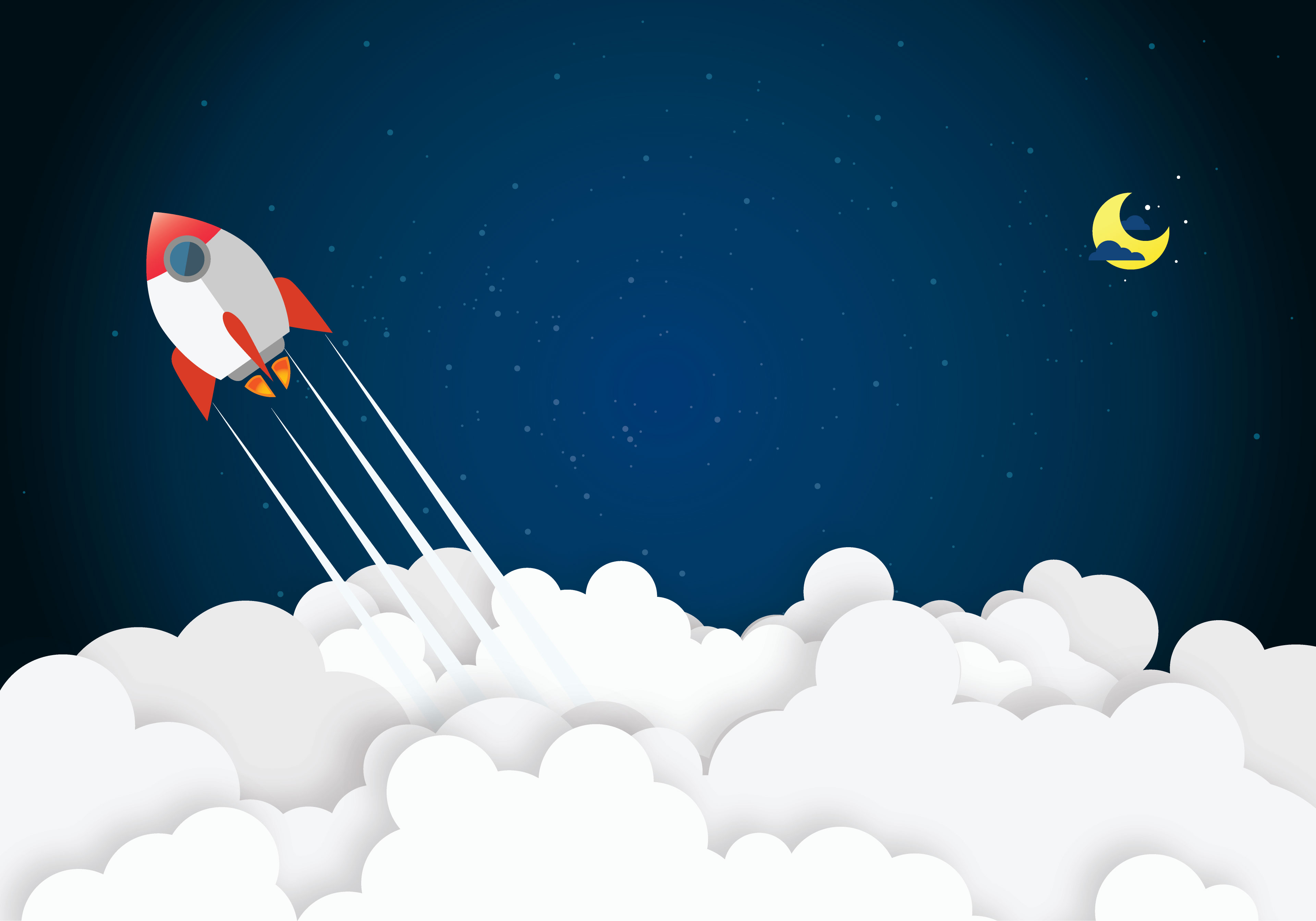 Fitzgerald first discovered BOXX at SIGGRAPH 2011 when he was in search of a workstation for his own personal use. A visit with former BOXX Sales VP John Civatte proved to be a fortuitous encounter. “John was helpful because I told him I do 3D as well as video and needed 4K capabilities as well. He recommended the 3DBOXX 4920 XTREME and it’s been great.” In fact, he liked it so much he recommended that ETSU retire their eighty Dell systems and replace them with BOXX workstations. I asked him how that conversation went. “At ETSU we generally replace the computers all at once so everything is the same, consistent hardware,” says Fitzgerald, “although it is kind of a budget killer.”

Throughout the process, Fitzgerald had been in consultation with BOXX performance specialist Brad Jones, a seasoned pro who also happened to be a former Dell sales representative. “Working with Brad was a good experience,” says Fitzgerald. “I contacted him, said what we were thinking of doing, and in an effort to save us money, he gave me a base model quote, which I would have done too.”

“When discussing solutions with Marty, I led with one of our most popular workstation solutions that met his requirement while keeping costs down,” Jones recalls. “As I tell many of my clients, there is a good, better, best solution for any workflow, but budget is always the determining factor. After discussing our offerings and performance options further, I quickly realized Marty was dedicated and determined to deliver the most powerful tools possible to his students. That’s our mantra at BOXX—the right tool for the job, so we worked together to ensure that each component met the requirements of his workflow and was the best option inside his budget.”

The workstations of choice were APEXX 2 2402 models—a BOXX best-seller. The liquid-cooled APEXX 2 2402 features a four-core Intel® Core™ i7 professionally overclocked to 4.4GHz, making it ideal for 3D animation, modeling, and 2D image processing workflows. The perfect solution for single-threaded applications, APEXX 2 is also recommended for 3D CAD applications like AutoCAD and SOLIDWORKS. The compact workstation is configurable with up to two professional dual-width NVIDIA® Quadro™ or AMD® Radeon Pro™ graphics cards, SSDs, and up to 64GB of RAM.

Fitzgerald was also interested in upgrading his department’s 2006 era monitors, but when he asked his BOXX specialist about purchasing them through BOXX, he was impressed by (and grateful for) Jones’ honesty. “We try to save money every place,” says Fitzgerald, “and Brad was so honest saying ‘you can get them directly from the manufacturer and save the money’, which we did. We got these awesome 34 inch curved screen monitors.”

As for the new APEXX 2 workstations, by the time the department funds were allocated, Fitzgerald’s time to deploy was incredibly tight. “I was under the gun,” he recalls. “I thought ‘Oh my gosh, were not going to make it in time!’ I can’t start classes without computers. Thankfully, the fact that BOXX is a smaller, efficient, and agile company led to a quick solution.”

“I asked Brad if we could get one of the machines out very quickly to our IT people so they could start building our software image because that requires some time. They could then send the other machines as they come off the line. The manufacturing and production people were very helpful. They got one out and sent it overnight to our IT people. The process we use to get all the software onto the machine is to build an image and ghost it onto all the machines. They build it remotely at the IT facility, so we do one session where they get the software onto all of the machines along with an identical image. That process takes a few settings, so you have to boot off of the network card and be ready to receive. In order to get that to work, they had to work with BOXX Technical Support on the BIOS. Our IT group said BOXX tech support was good, very quick, and low drama. They got right on it.”

When discussing the department’s previous workstations, Fitzgerald is less critical than other former Dell users, insisting that the former systems, “were not that bad.” “The Dells were beefy,” he recalls, “16-core Xeons, 32GB of ram, Quadro graphics cards, and SSD boot drives. But they came with a big price tag. The BOXX systems were actually cheaper in terms of dollars per horsepower. We spent about half as much as we did on the Dells and the BOXX workstations are great while also adding a marketing advantage. The Dell name is so ubiquitous. They sell small junk boxes that are good for sending emails and that’s fine. But now we’re able to say you won’t find Dells here like you do at other university programs. Using elite workstations lends more credibility to our program. It differentiates us. Lots of universities have some flavor of digital media and based on the size of the school or program, it may be a webpage building program, a little Photoshop, a little graphic design, and that’s just not what we are. We’re a production facility turning out 2D and 3D artists ready to go into professional video games, animation, and visualization, and that’s reflected in the computers we have. We go beyond replicating a professional environment, using professional workstations specifically designed for this type of work. No student coming in here is going to have a BOXX at home.”

As the years go by and it once again becomes time to upgrade to new BOXX systems, Fitzgerald plans to move the current APEXX workstations to the school’s render farm, which tends to be in use around the clock. “It depends on where we’re at in the semester and which projects are due,” he laughs. “They’re students. A lot of them think they can do it the night before, so the render farm gets very busy toward the end of the semester.”

Undoubtedly, a render farm consisting of 80 BOXX APEXX workstations will be more than up to the task, but for now, Fitzgerald is simply happy to have ETSU students working on state-of-the-art workstations. “The feedback has been great from students and faculty,” he says. “The APEXX workstations are smaller, lighter, faster, and quieter. The decision to go with BOXX has paid off well.” So well, in fact, that ETSU has since added another lab and outfitted it with seventeen more APEXX 2 workstations.